The best VRBO properties at Mt Baker book out quickly

Mt. Baker Ski Area is ranked No. 1 in North America for its total snowfall during an average season.

4.9%
*Special thanks to Tony Crocker and Bestsnow.net.

Mt. Baker Ski Area is ranked No. 1 in North America for its total snowfall during an average season. 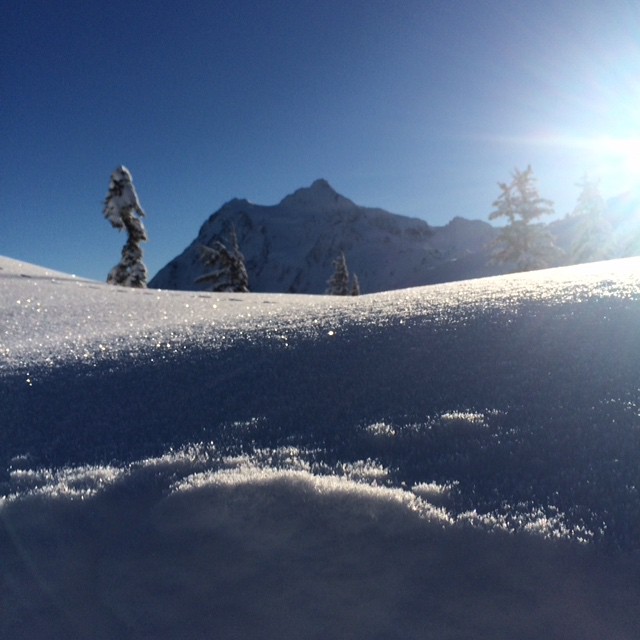 Good morning skiers and snowboarders! This is unfortunately our official last day of operation up here on the mountain! This seasons gave us some glimmers of hope, but with the good, came the bad right back! Unfortunately Mother Nature is something we can't control up here on the mountain, and therefore the result of this season hasn't been anywhere close to what we all expected and hoped for! For all those regular season pass holders (all ages), we would like to extend a huge thank you for the financial commitment you made to us this season, we understand how hard a season like this can be on all of you, for that reason we are extending a 30% discount on next seasons pass! This discount is good until we have a 30 inch snow base, by doing this we hope to take the gamble out of buying a pass next year! For all of you current 5th graders, we are extending your free year of skiing to next year as well! A huge thank you to the generosity of Mount Hood Meadows for their generosity and great deals they provided with the mountain exchange program, for their willingness to help our pass holders out during this season, we are extending this program into next year and also adding two additional days to be used! Finally a huge thank you to everyone who made it up this season! Without all of you, locals and foreigners, we wouldn't be the mountain we are today! We are starting our snow dances early for next season in hopes of a much greater rebound season! We hope to see you all up here today, next season, and many more seasons to come! #mtbaker #mtbakerskiarea 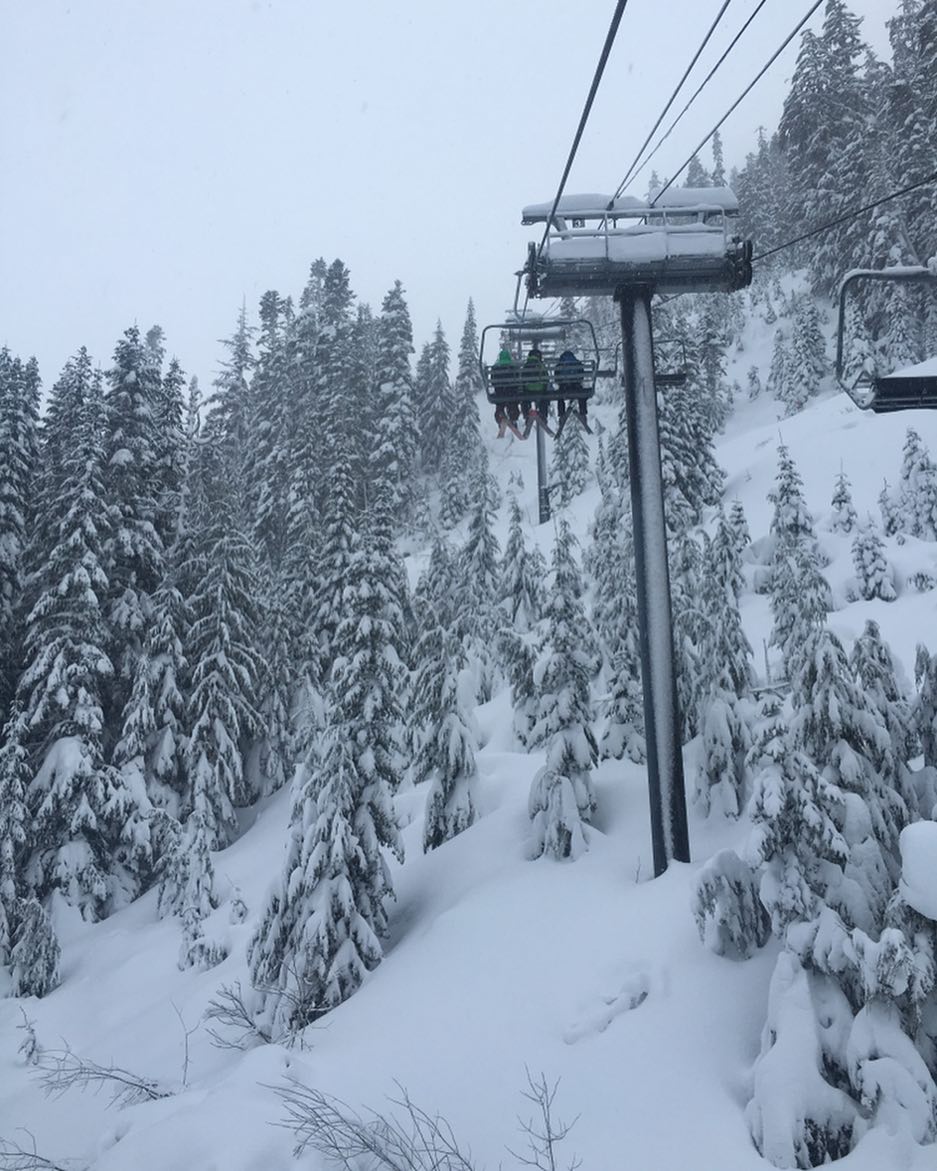 Good afternoon skiers and snowboarders! The snow has been falling like crazy these past couple of days, with 11 new inches falling last night! Along with the cold temperatures sticking around, it's looking like the fun and good times are going to continue on throughout this week! So come on up and get in those pow turns we've all been missing recently! We hope to see you all up here soon! #mtbaker #mtbakerskiarea 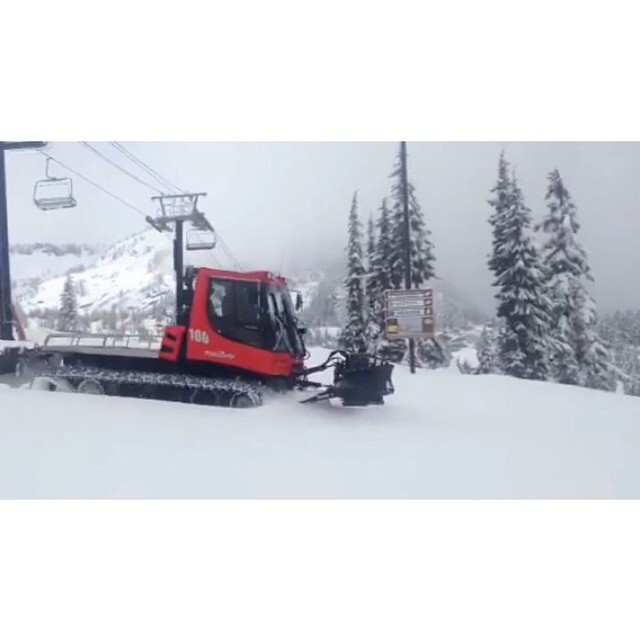 Great news skiers and snowboarders! We have finally received enough snow to restart operation! We will be reopening at least two chairs and the Heather Meadows rope tow! We will reassess the conditions Friday to see if we can open up the arm for weekend operation, we would like to extend a thank you to you all for being patient as we battled with Mother Nature throughout this season! We hope to see you all up here for some good times before we are closed for the season! Thank you again, and we will see you up here Thursday! #mtbaker #mtbakerskiarea 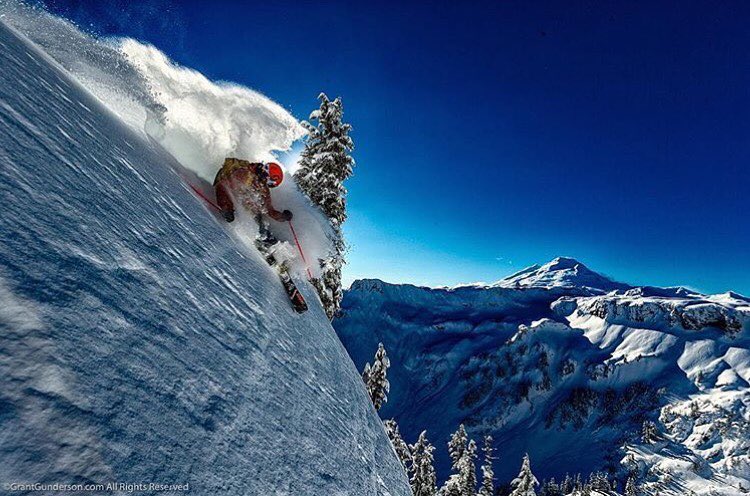 Good afternoon skiers and snowboarders! A reminder that for the remainder of the season, the mountain will be closed Monday-Thursday with operation starting back up Friday's and running through Sunday's! The mountain will be open for a total of 6 more days with closing day scheduled for Sunday, April 24th! Some upcoming deals include the first 50 lift ticket buyers or season pass holders to check in at the ticket window will receive a coupon for a free quick wax! Also, for youth ages 7-15 our best for beginners package is now 50% off! For $24.50 they'll get an hour and a half lesson along with a beginners lift ticket! So don't miss out on the great deals and great skiing! Time is running out on the season so come on up to get in those last couple of turns! We hope to see you all up here soon! #mtbaker #mtbakerskiarea |Photo by: @grant_gunderson 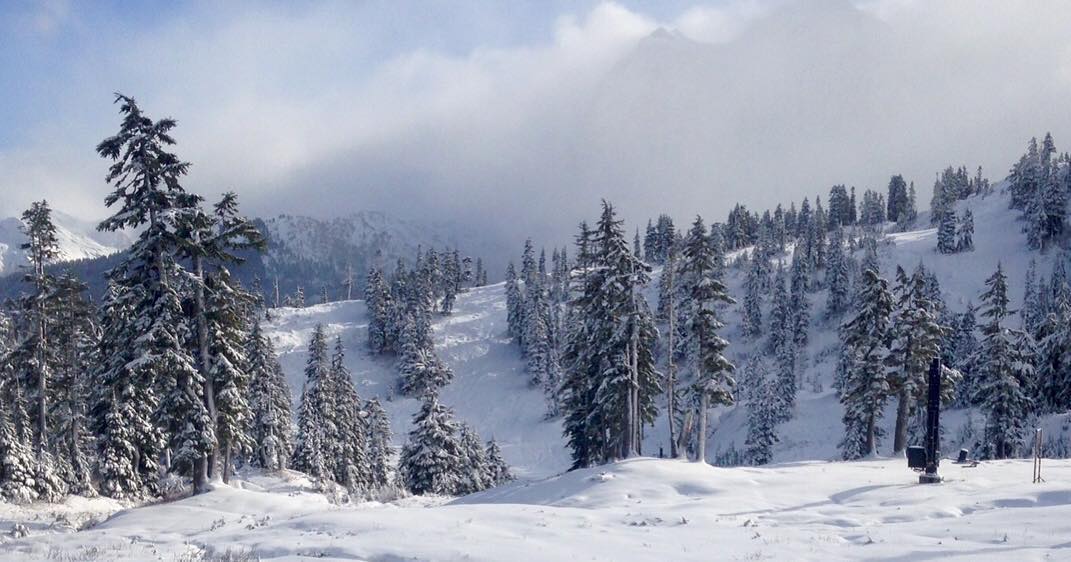 That was a pretty crazy storm that rolled in! With 8 new inches of snow falling over the past few days we are up to a 14 inch base at Heather Meadows! We are getting closer and closer everyday to opening! That being said we are expected to receive some rainfall Friday but we hope it stays as forecasted and is only light rain! After Friday, freezing levels are supposed to drop very quickly again and we should receive some more significant snowfall! Keep up those snow dances, and we hope to get up and running soon! #mtbaker #mtbakerskiarea 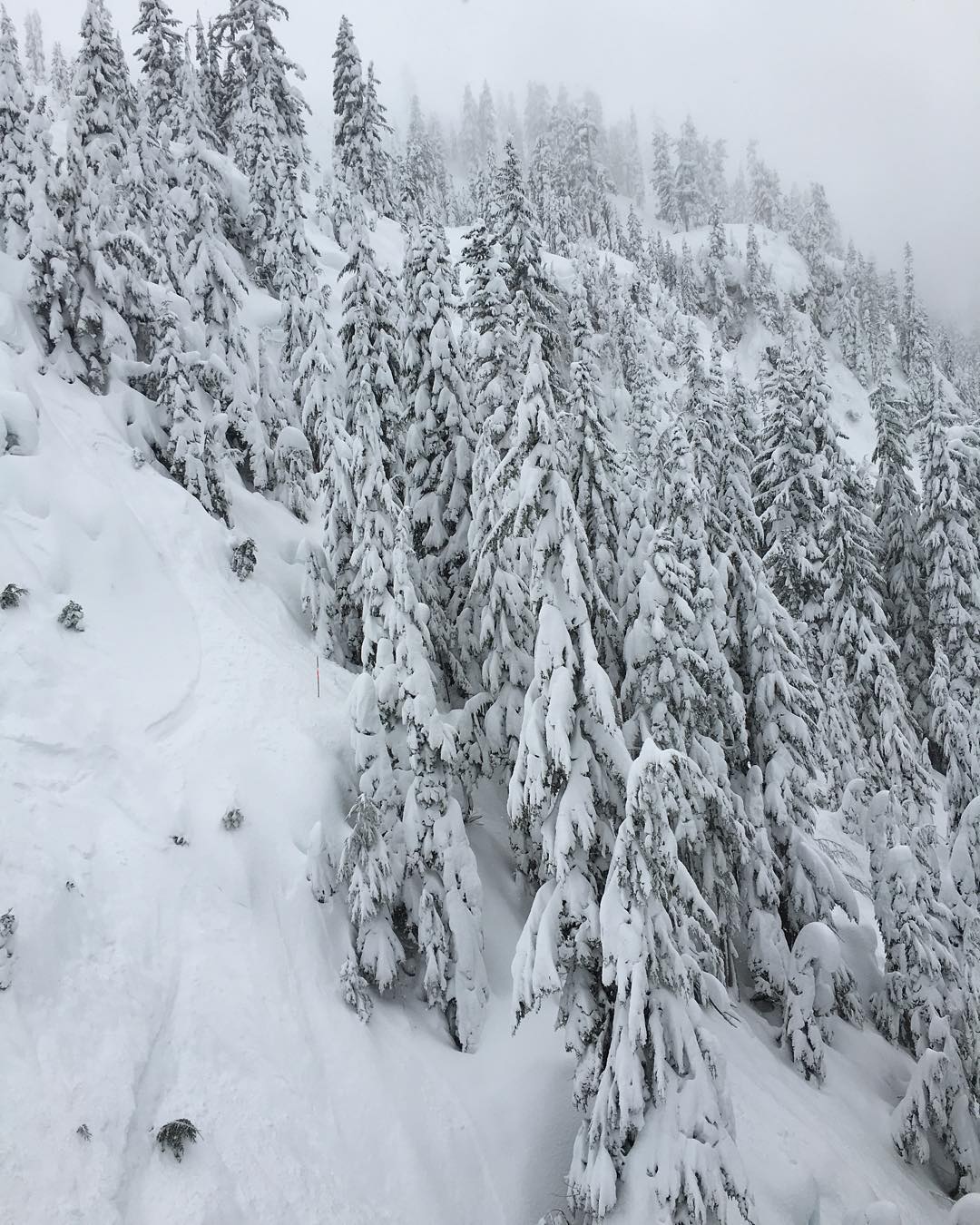 What a storm we've had this past week! With an addition 7 inches falling last night this storm has totaled over 4 feet of new snow! We currently have double the base of any ski area in Washington and the riding is truly all time! With plenty of powder around and more snow still expected to continue to fall, the mountain is truly the best place to be right now! Bring up your friends and family for good turns and even better times! We hope to see you up here soon #mtbaker #mtbakerskiarea 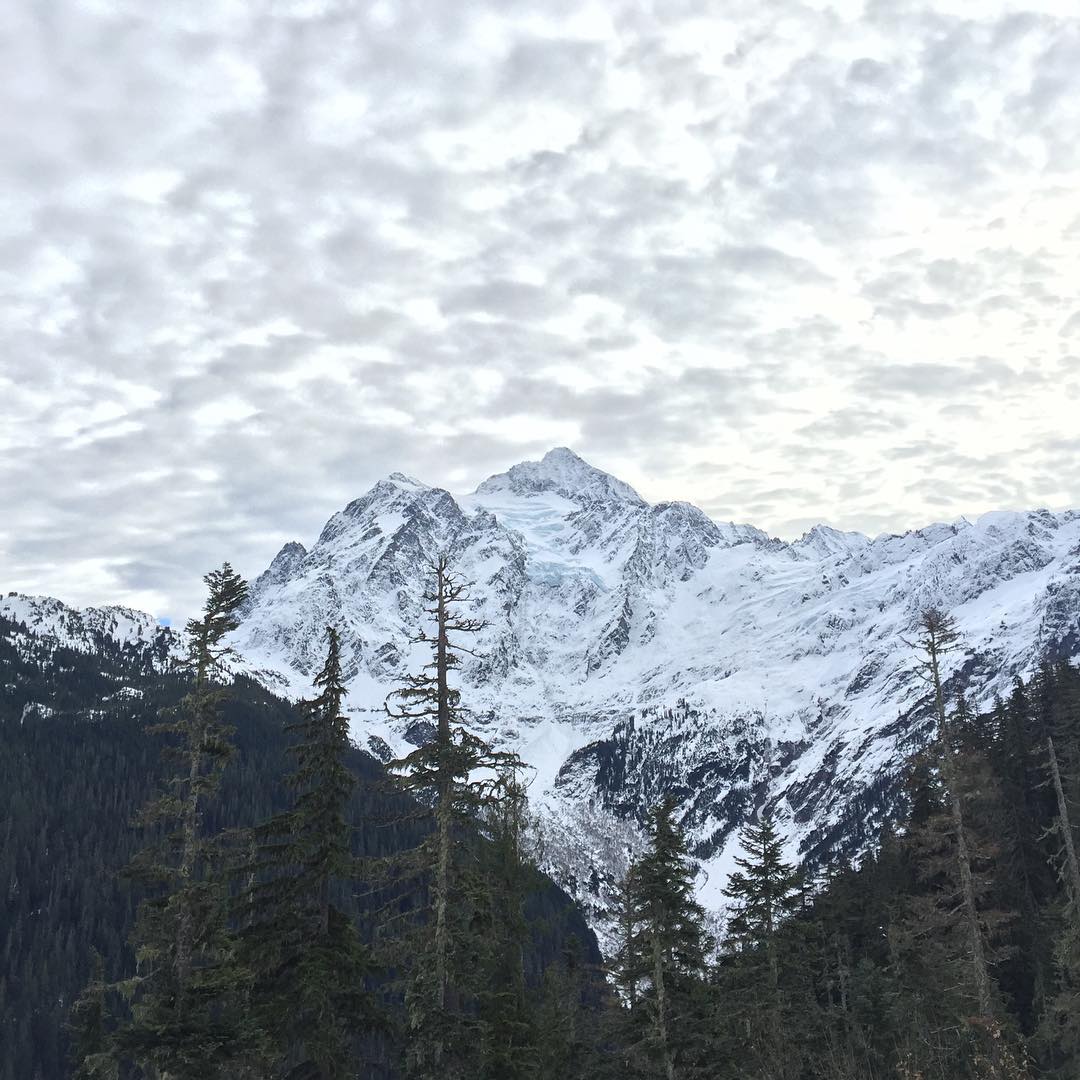 It's been a beautiful opening week up here on the mountain! With more good times in store, we are looking forward to a great season! The groomers are running smooth, and with all chairs in operation we couldn't have asked for a better start to this season! We hope to see you all up here soon! Photo credit: @bandit0322 #mtbakerskiarea 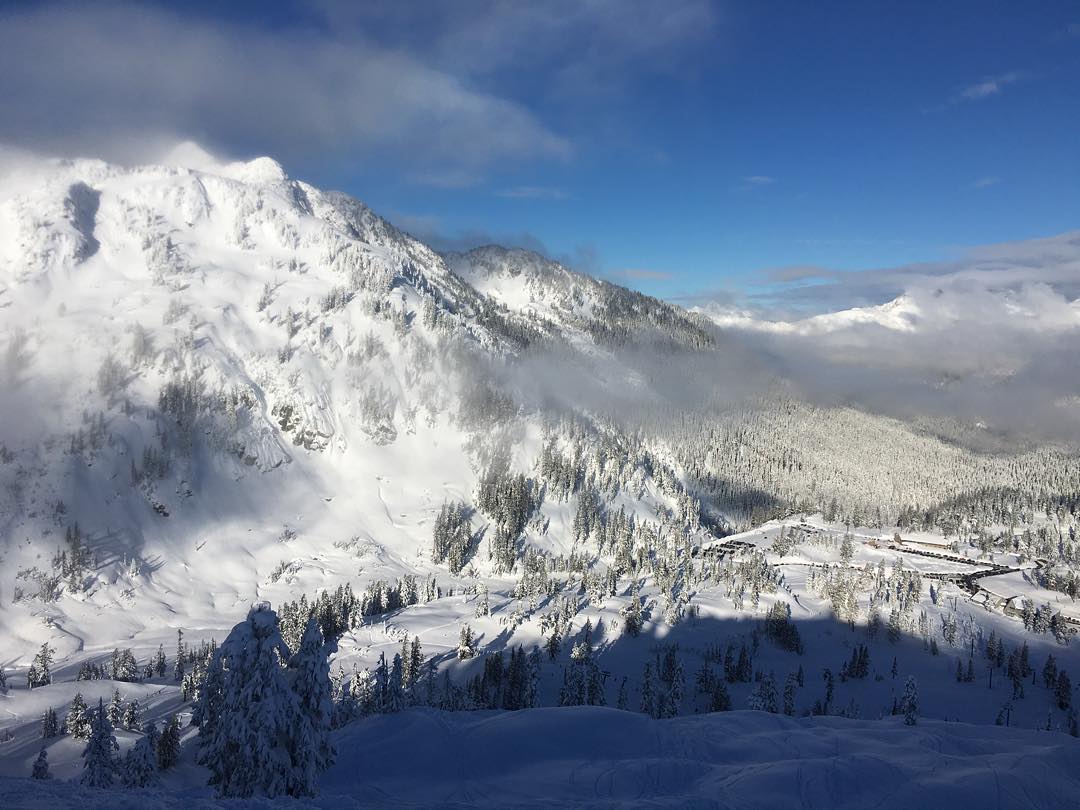 Good afternoon skiers and snowboarders! With 2 new inches falling overnight and light snowfall for the first couple of hours of operation, the sun has come out and it's another blue bird day up here! With pow turns plentiful and good times awaiting there isn't a better place to be then on the mountain! We hope to see you up here soon! #mtbaker #mtbakerskiarea 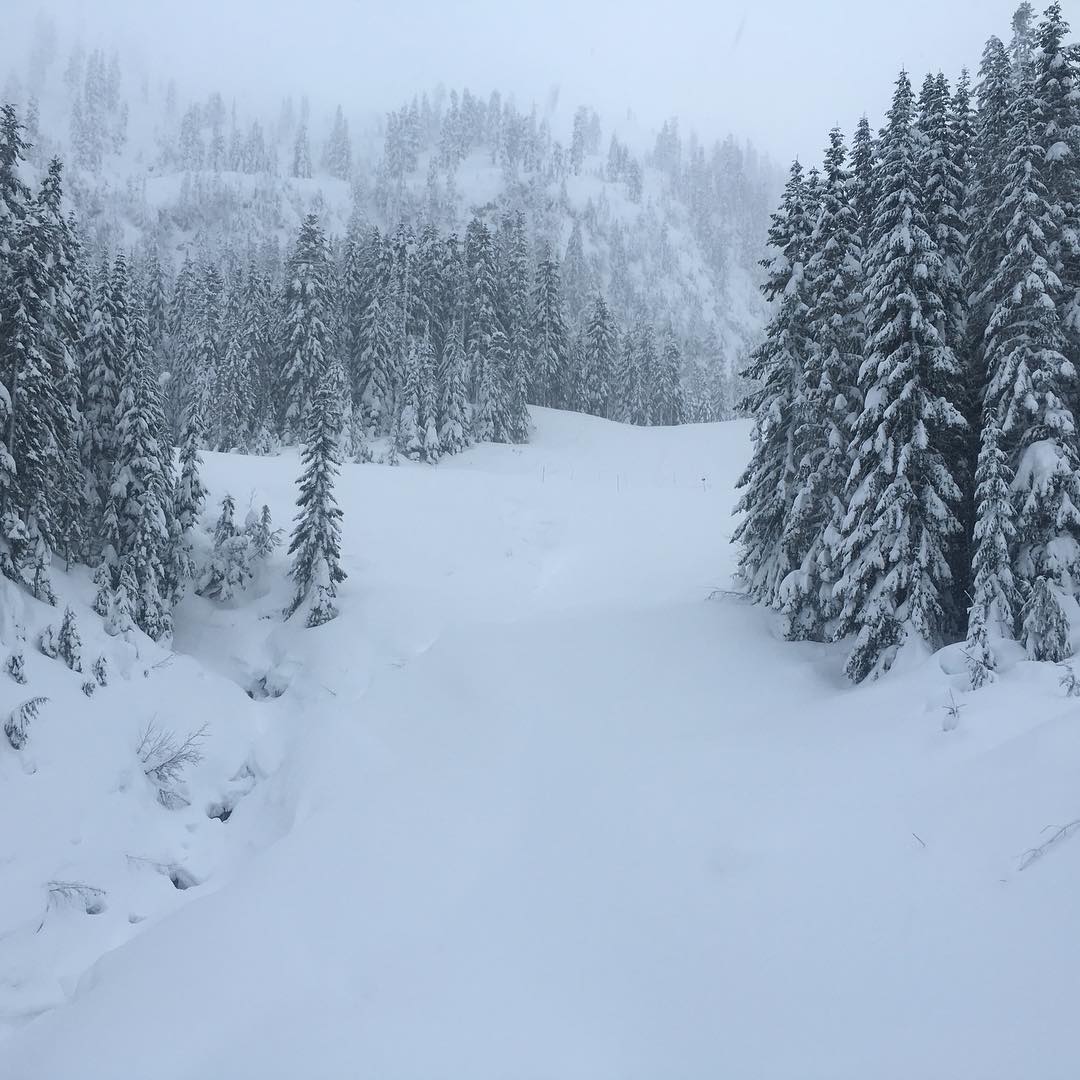 Good morning skiers and snowboarders! It is just absolutely dumping up here today! With 9 new inches overnight and free refills for the rest of the day, there is no better place to be today! Come on up for your healthy dose of powder and face shots! We hope to see you up here soon! #mtbaker #mtbakerskiarea 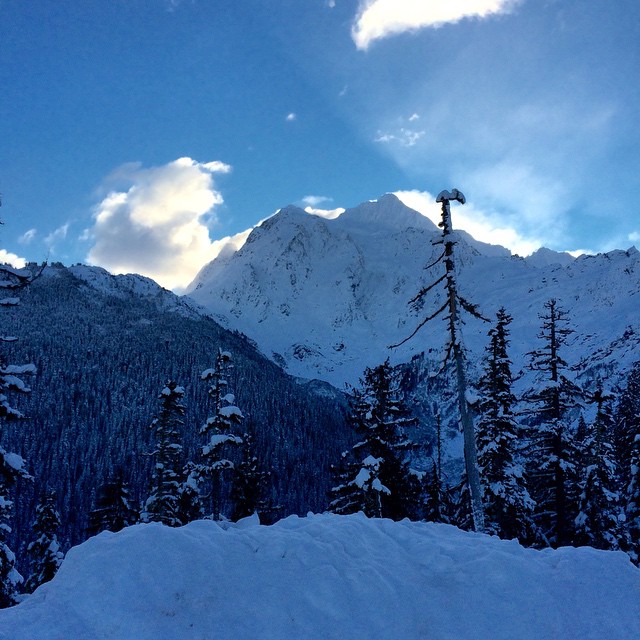 Good morning skiers and snowboarders! The sun is out and it's cold up here on the mountain! With all 8 chairs up and running and blue skies, what better way to spend your Monday than up here on the mountain, it's going to be a great day, so grab the gear and some friends and head on up! We hope to see you up here soon! #mtbaker #mtbakerskiarea 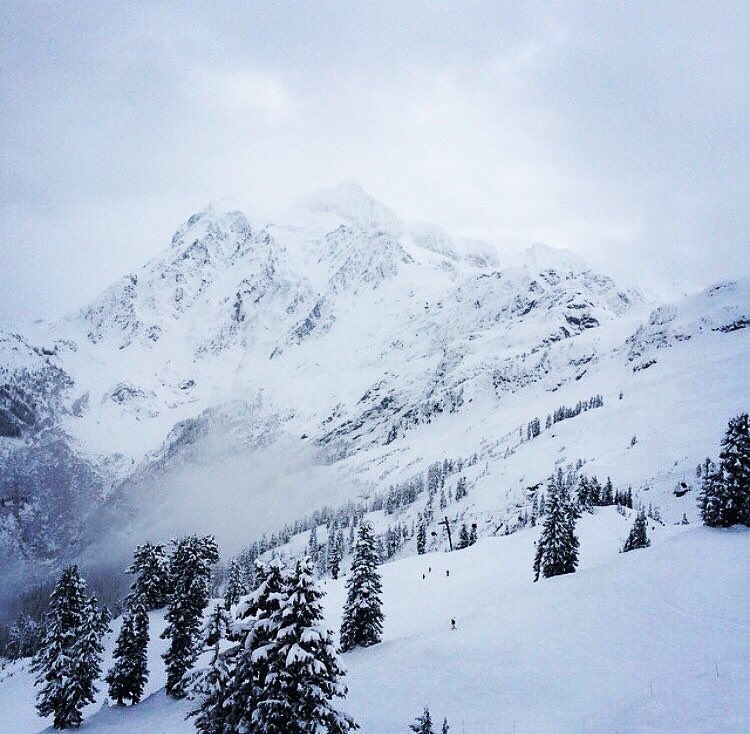 Good morning skiers and snowboarders! After a week of off and on rain storms and wet snow, it's looking like winter is back! We received 4 inches of new snow overnight with an excess of 12 inches of snow forecasted by Wednesday! With the freezing levels expected to hover around 2500 feet and snow in the forecast, don't miss out on the great riding and fresh snow before spring skiing starts! We hope to see you all up here soon! #mtbaker #mtbakerskiarea 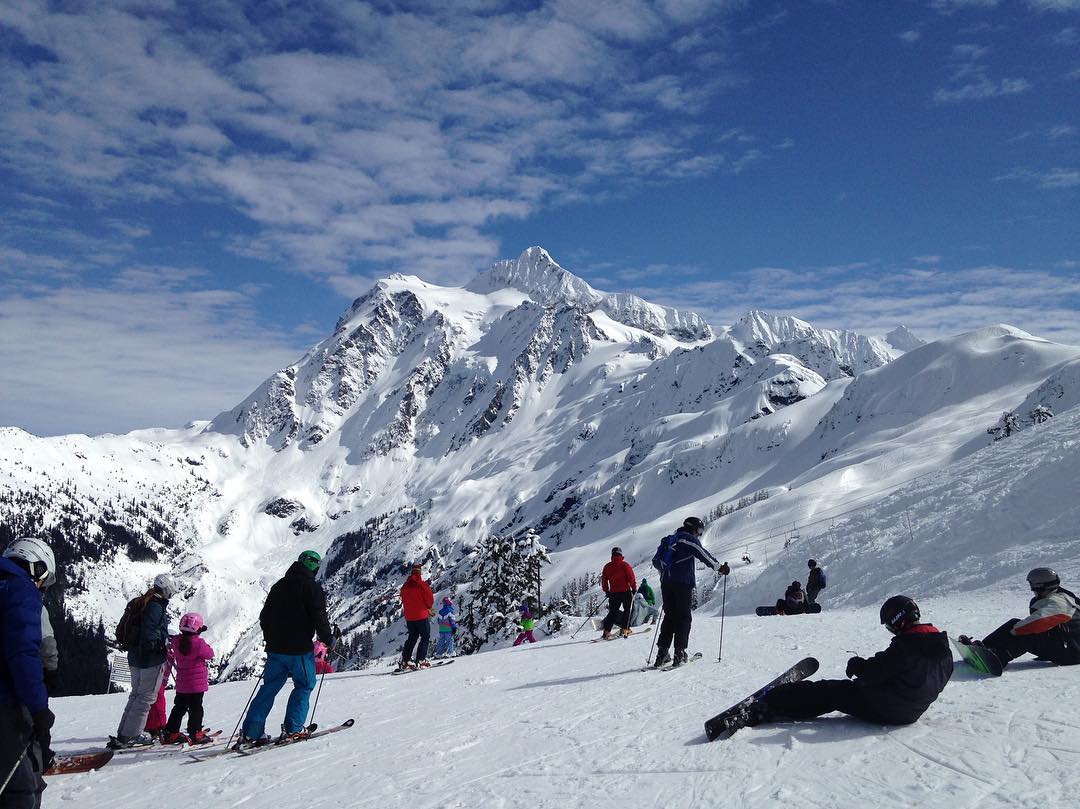 Good evening skiers and snowboarders! What an incredible day to be up here on the mountain! With clear skies and plenty of sunshine, this years Easter egg hunt was one for the books! Forecasts are calling for clear skies again tomorrow with plenty of good snow from the last storm still lingering! So come on up for great weather and even better times! We hope to see you all up here soon! #mtbaker #mtbakerskiarea |Photo by: @elsa.blythe


A few words on the Snow at Mt. Baker Ski Area


Mt. Baker has the highest lift-served snowfall in the world, so it should come as no surprise that it leads North America with 28.4% of winter days with 6 inches or more of snow and 65% of winter months with 90 inches or more. The 5% of months with than 30 inches are also an elite level of drought resistance. The key risk to snow conditions is not drought but rain. This is a minor issue for the locals, who can sit out the wet weather and wait to ski the next week’s dump. It does, however, make planning a big trip involving air travel here more of a gamble. In terms of quality, storms at Mt. Baker can bring the cold stuff that makes for beautiful turns, or just as often, they can douse you with warmer snow that you weigh by the pound instead of measuring by the inch. Be prepared with the fattest, most rockered skis you can get for the latter conditions.

With its massive snowfalls, Mt. Baker has as good a shot at Thanksgiving skiing as anyone. But rain incidence is higher in November than the winter months, so mid-December is a more typical time frame for most terrain to be open. Mt. Baker is adequately covered at Christmas more than 90% of the time. While Mt. Baker is about half north exposed, its altitude is a modest 3,600-5,100 feet. Thus overall snow preservation is mediocre. Mt. Baker is a place you want to be when the snow is fresh, which as noted above is more often than anywhere else in North America.