Pro tip: Stowe ranks among the best in the East for snowfall and terrain, making it a great pick for anybody skiing the East. The resort has a wonderful history and is located relatively close to Burlington, about 40 min, giving it that organic flair for which Vermont is known. The lodging at Stowe runs the gamut, from high-end homes with great access to condos that make sense for the college crowd.  MORE

Stowe Mountain Resort is ranked No. 45 in North America for its total snowfall during an average season.

11.3%
*Special thanks to Tony Crocker and Bestsnow.net.

Stowe Mountain Resort is ranked No. 45 in North America for its total snowfall during an average season. 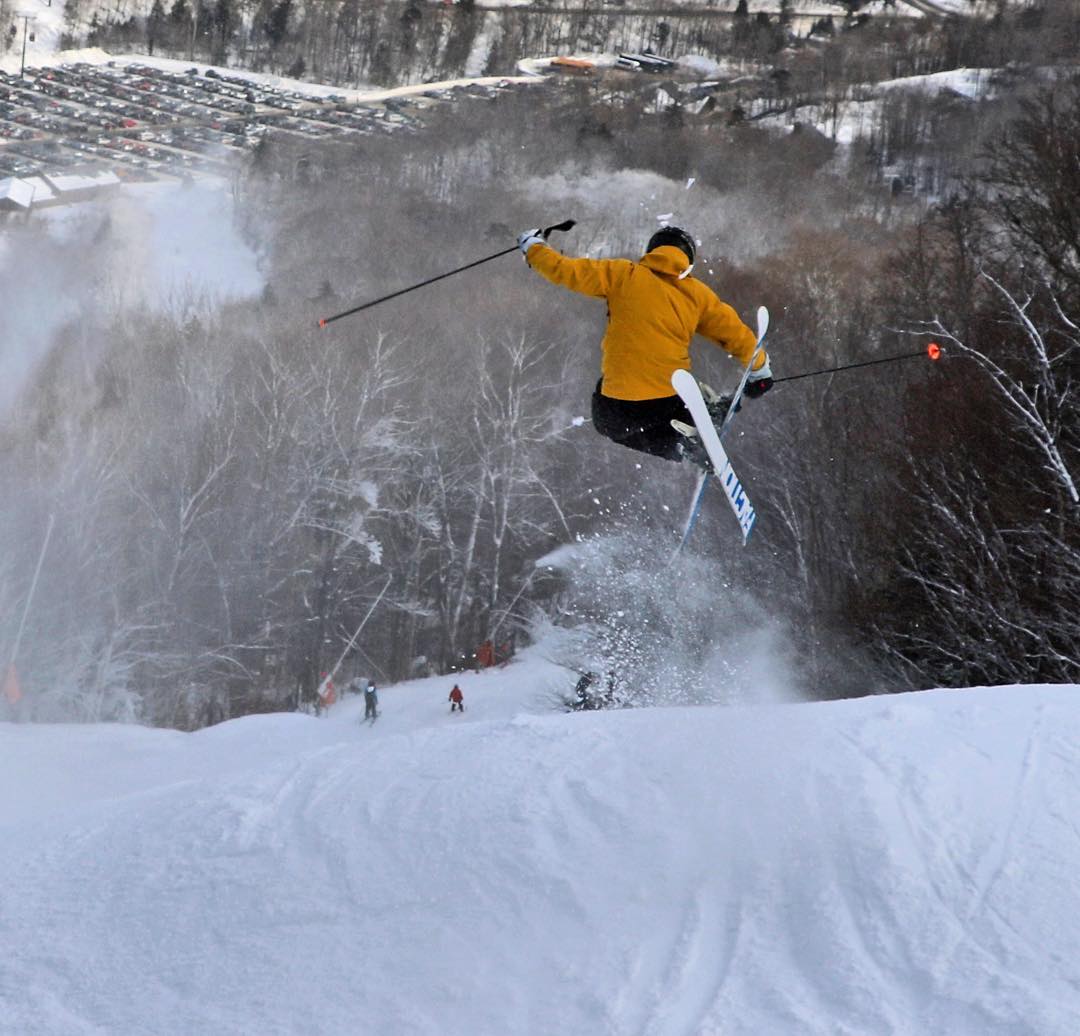 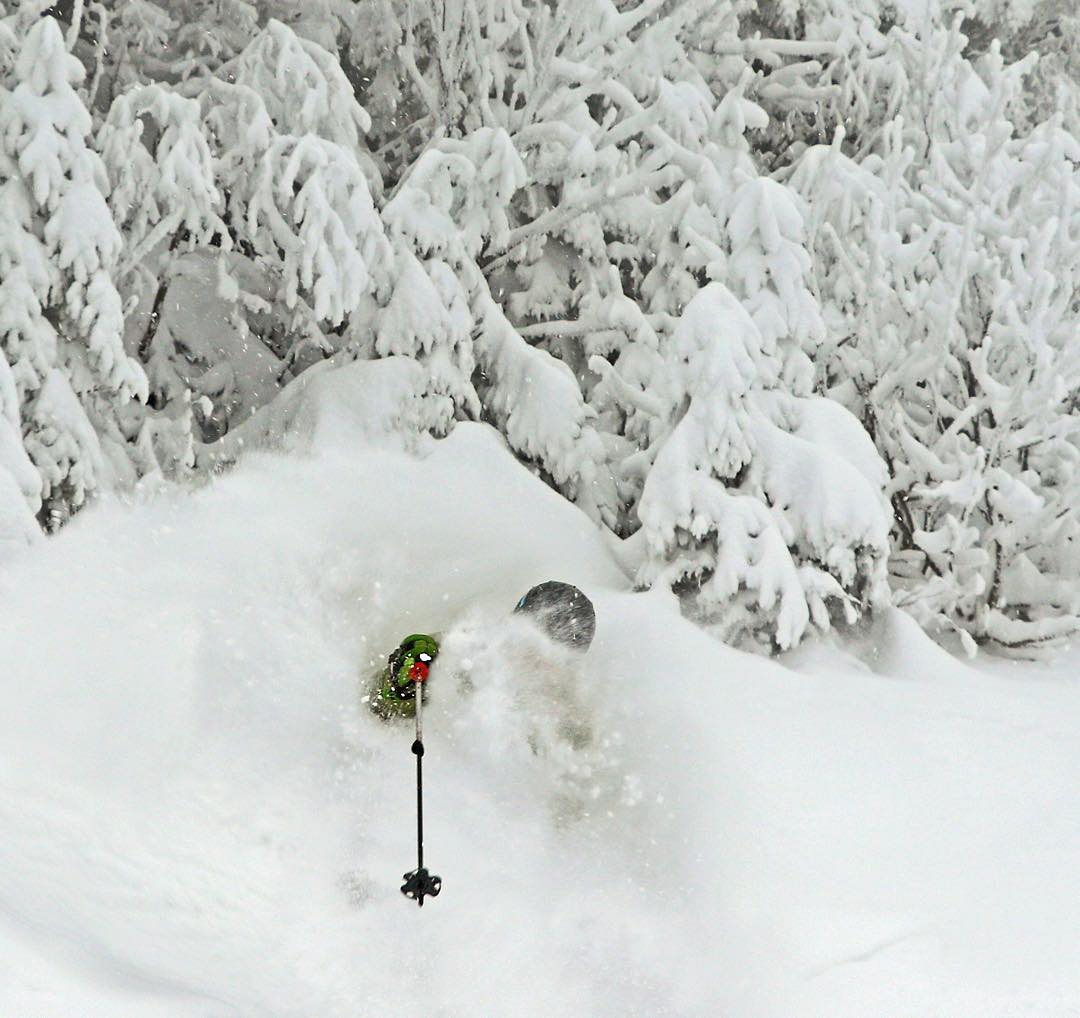 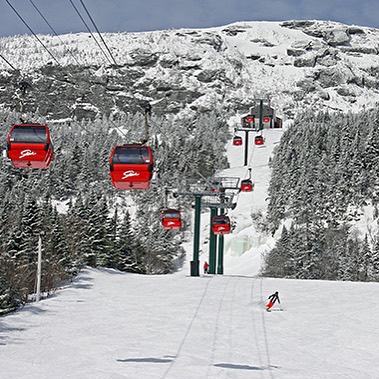 Days like today are PERFECT for an early-fall Gondola ride to the top of Vermont. But we can't help thinking about the Gondola in another season too... #StoweMt #WhyStowe 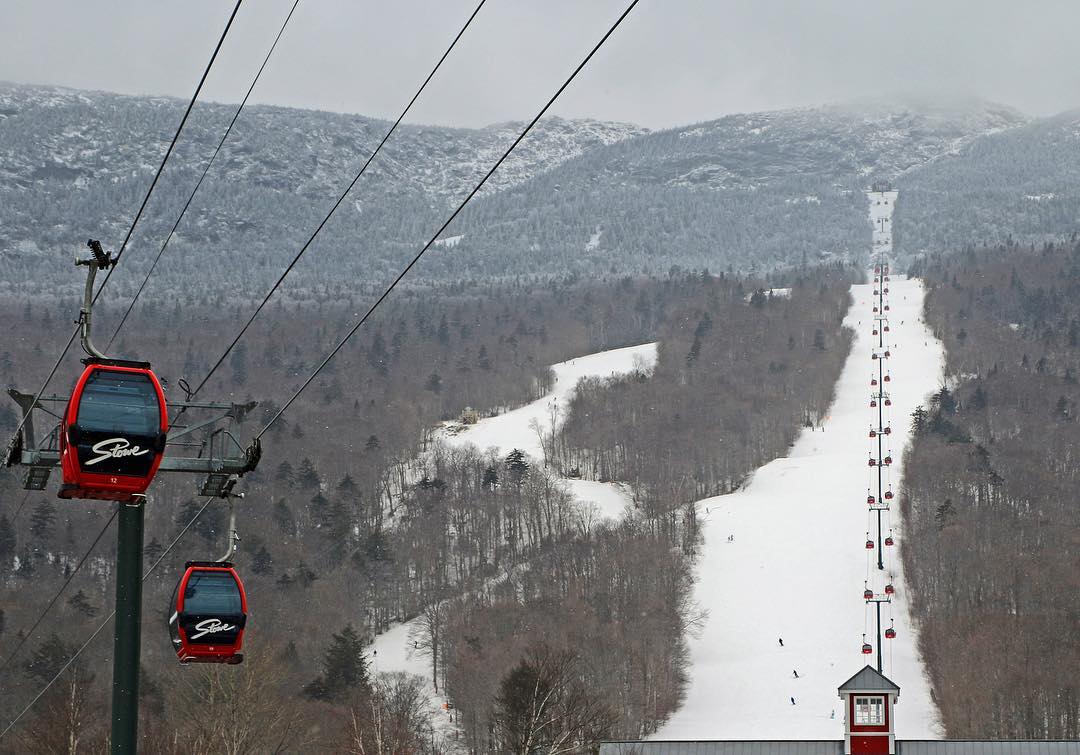 Thanks to the strong efforts of the grooming team, conditions were better than expected today. They will certainly improve again tonight with another night of grooming and we have the chance for 1-2" of snow overnight. Look for 77 open trails tomorrow, serviced by 11 lifts. #stowemt #whystowe #overeasygondola #pistonbullyusa #lovewinter #stowemtnlodge 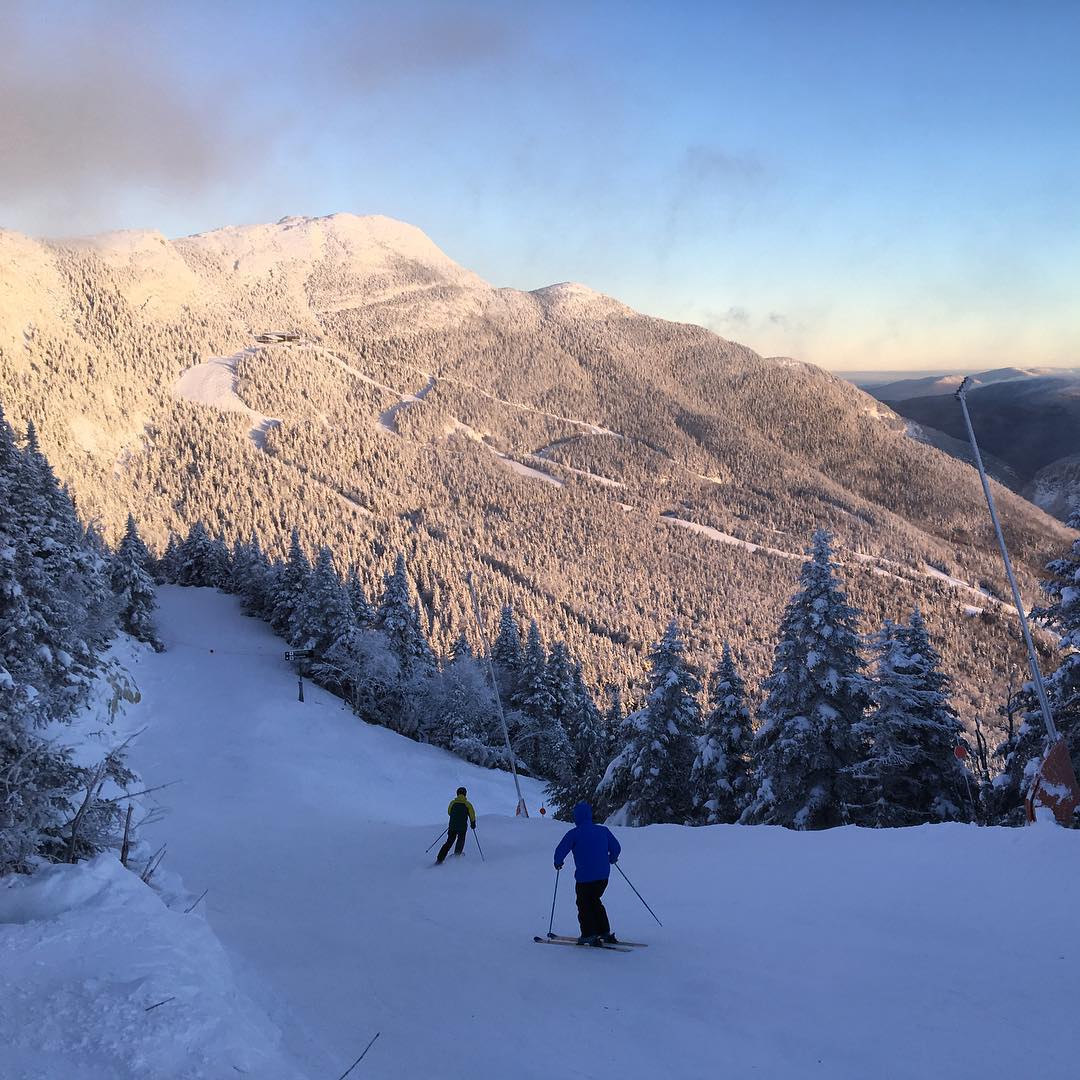 What an awesome morning on the slopes here at Stowe! #bluebird #stowemt #whystowe #mountmansfield #nosedive 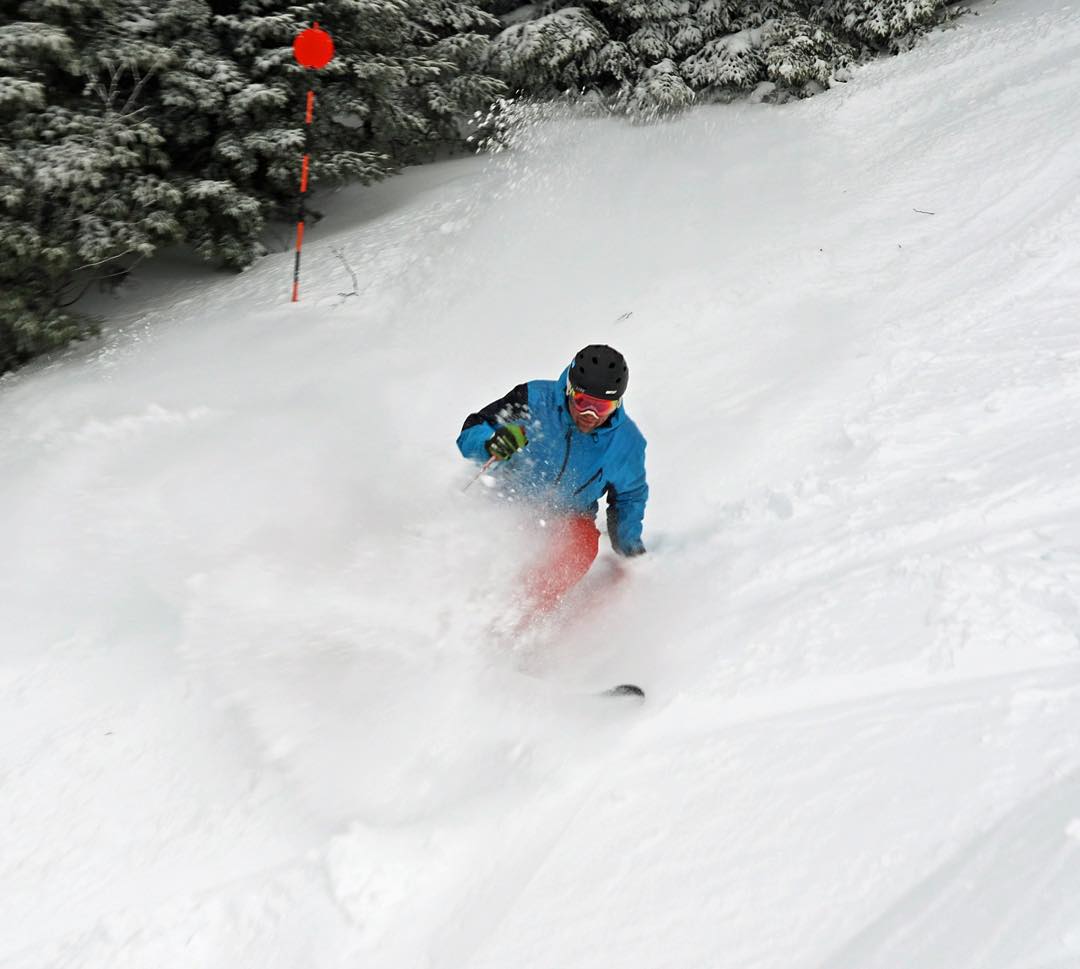 Soft turns on the hill today thanks to the recent snowfall. Tomorrow's forecast calls for partly sunny skies, light winds & comfortable temps in the 30s. Come get some! #stowemt #freshies #whystowe 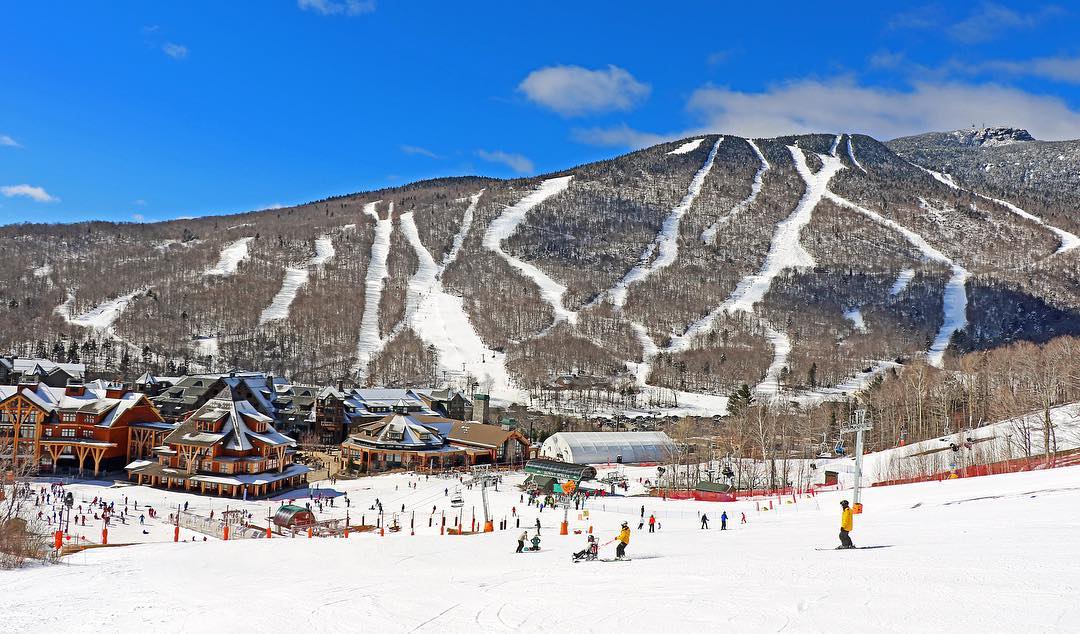 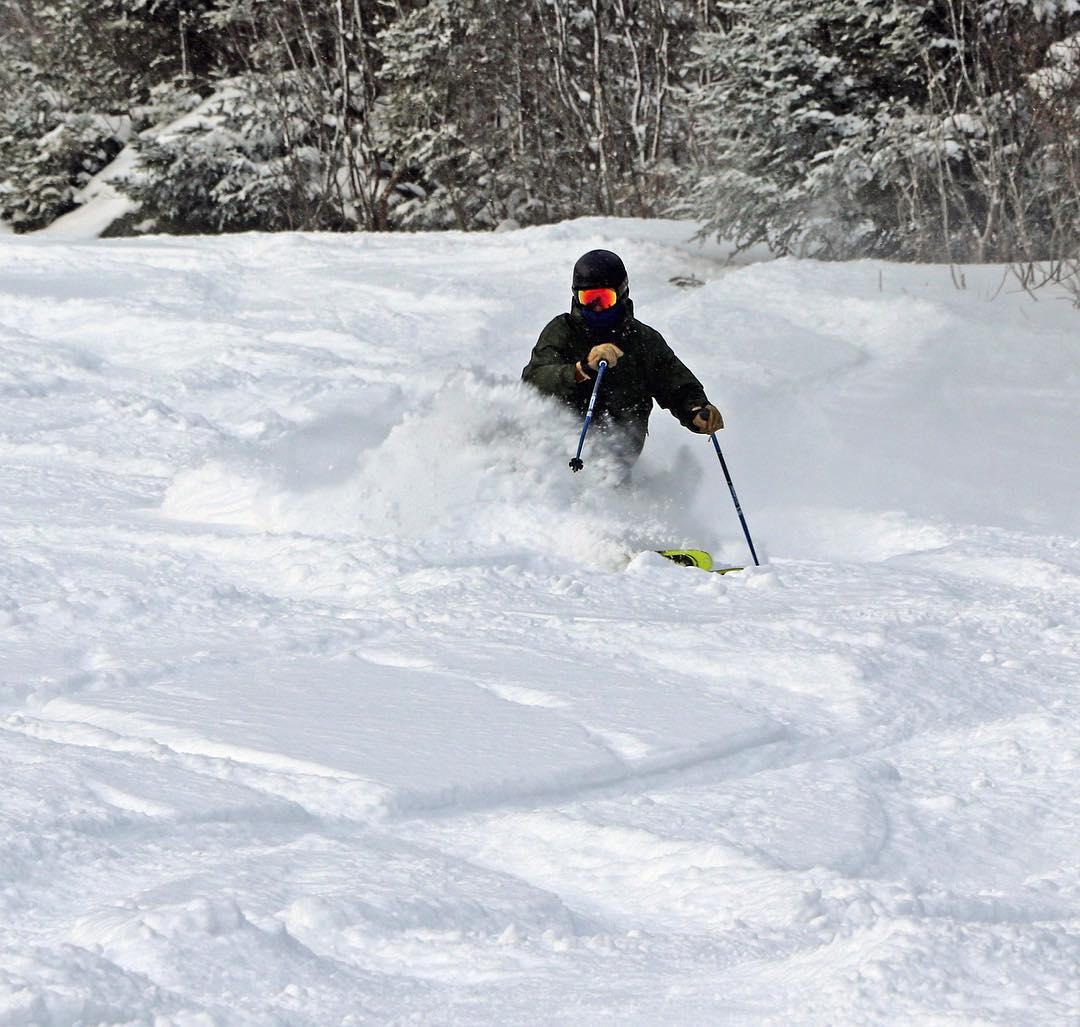 Today was a sweet day on the mountain thanks to last night's snowfall! With 9" falling on the upper mountain in the past 72 hours, the hill is in great shape for the upcoming holiday weekend. #stowemt #stowesnow #whystowe #nosedive #freshies #pow #stowemtnlodge #mountmansfield 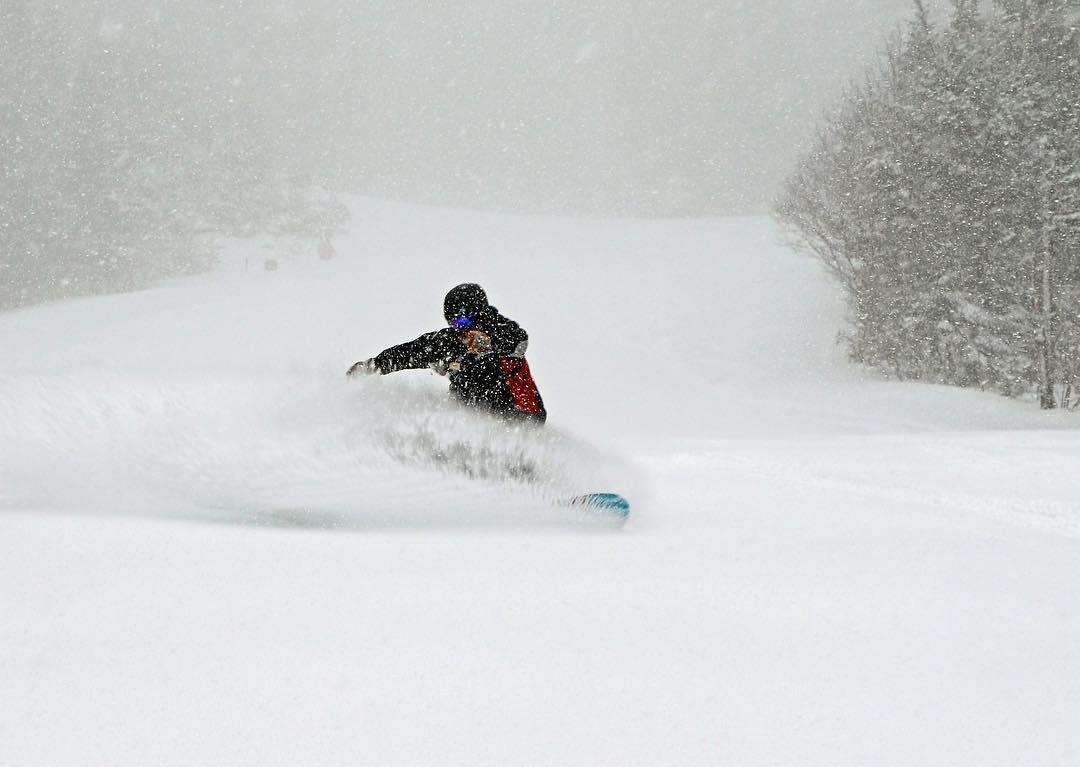 Mother Nature delivered today with 4" of fresh snow on the upper half of the mountain. Oh, and it's still snowing as squalls continue to roll through. Should be a good weekend! #stowemt #whystowe #stowesnow #pow #freshies #perrymerrill #timetoshred #skitheeast #skivermont #gostowe 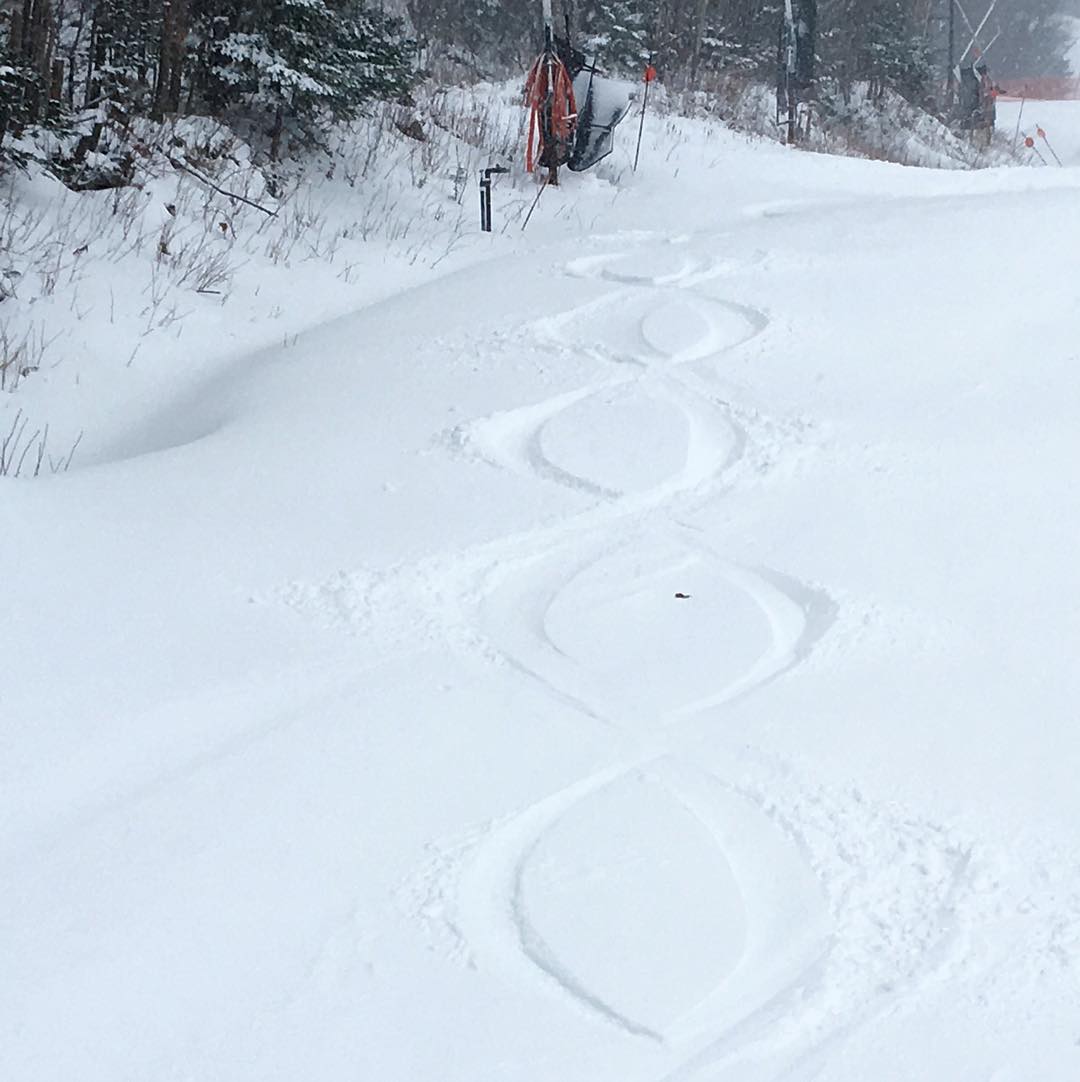 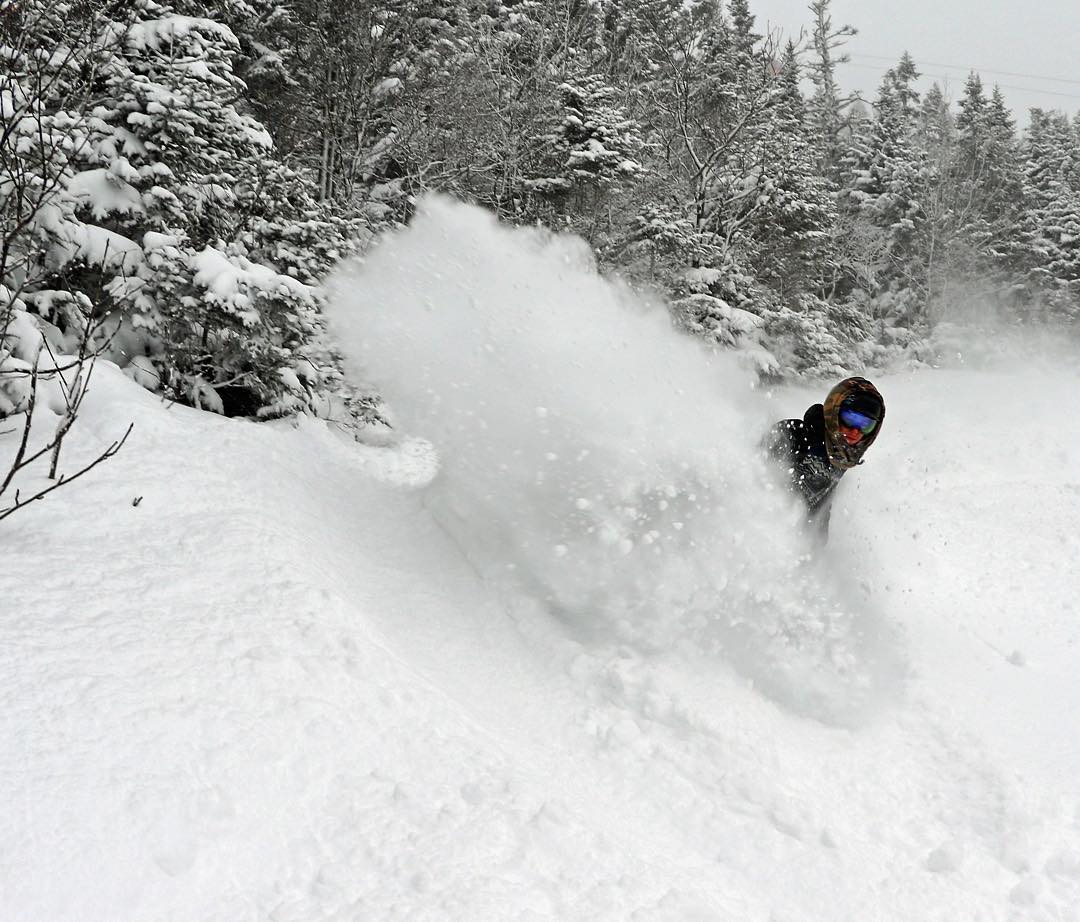 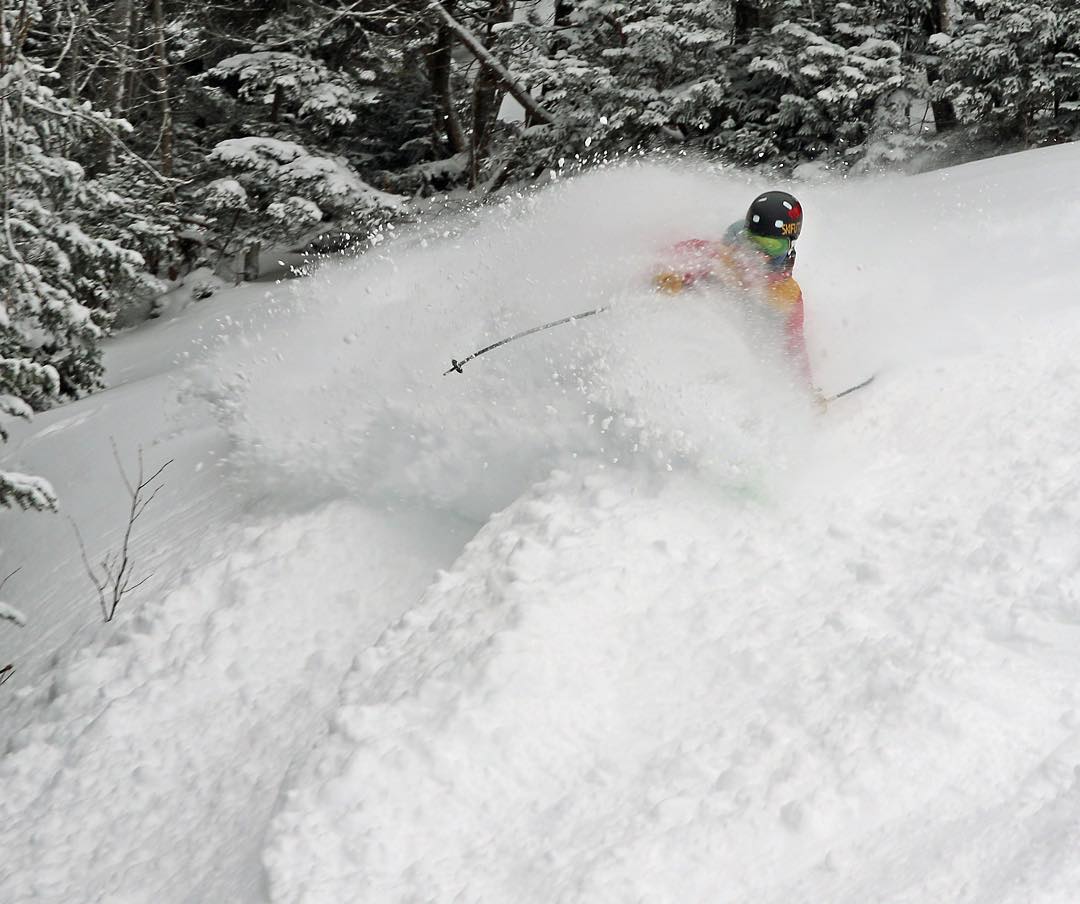 4" last night with 12" falling in the past 3 days! Mountain is in great shape for the long holiday weekend thanks to the recent snow. #stowemt #whystowe #gostowe #upperhayridepow

Stowe Mountain Resort is situated on the eastern slope of Vermont’s highest peak, Mt. Mansfield. As far as the east coast goes, that means the highest point of the ski area is as high as many peaks get at 4,395 feet above sea level. Like Jay Peak, the glade skiing and boarding is excellent and absolutely wonderful to hone your turns and reflexes amongst. Bring your helmet.

Stowe can get crowded on the weekends, as it’s close enough to Boston (3 hours away) that many of this city’s wonderful people are more than willing to make the weekend trip. But long lift lines aren’t as prevalent as they once were, as Stowe has invested in three high speed quad chairs and a high speed gondola to the mountain’s summit.

About 60% of the mountain is composed of intermediate terrain with the rest of the place well suited to the beginners and experts. Many experience skiers and snowboarders like the fact that Stowe’s beginner terrain tends to be toward the peripherals of the mountain giving newbies a good place to learn away from the stiffer slopes.

Fact of the day: Stowe is home to the Von Trapp Family Lodge, which inspired The Sound of Music. The family still operates the lodge, a splendid spread that looks the part. And unlike the movie, there are no Nazis here.

Stowe is the picture perfect representation of a New England mountain town. Neat wooden buildings and steeples have a pleasant duopoly on the place. The town covered in the snow smacks of sleigh rides and Robert Frost poems. Local ordinances prevent businesses from placing garish signage and advertisements around town. For singles and couples, there’s ample nightlife and dining and Stowe is family friendly (see: Von Trapp, Family). All that charm comes with a price; in-town lodging can be expensive. Venturing towards I-89 can get you a cheaper room and it’s only a few miles from the town center.


A few words on the Snow at Stowe Mountain Resort


Stowe is the third highest snowfall area in the East. At Stowe 14.6% of winter days see 6 inches or more of snow, 11% of winter months see 90 inches or more, and 11% of months see less than 30 inches. This is above average snow frequency among North American ski areas. The key risk to snow conditions everywhere in the East is not drought but rain. The rain is often followed by hard freezes that can close advanced or ungroomed terrain. This is a minor issue for the locals, who can sit out the wet weather and wait for improvement. It does, however, make planning a trip over a week in advance more of a gamble. Powder in northern Vermont is often excellent, closer to the Rockies in quality than to the heavier snow of the West Coast.

Stowe averages 71% open at New Year's with about 20% of seasons being less than half open by New Year's. Stowe is on the leeward side of Vermont's highest peak Mt. Mansfield and also makes more snow, so average trail conditions tend to be better than at Jay and Smuggler's Notch and perhaps the best in the East. The natural snow depth in the northern Vermont trees is generally adequate from mid-January to late March. By eastern standards, Stowe's snow preservation is above average, as it averages 81% open at the first of April.

ZRankings has tamed the price of trips to Stowe Mountain Resort