Best Time To Ski Northstar For Smaller Crowds: If you are looking to beat the crowds and have the slopes to yourself, then it’s best to try to get your turns in early in the season (before the Christmas holiday in mid-December) or late in the spring, April-ish. When the kids get out of school and people take their winter vacations in late December then the resort tends to get a bit more crowded.

Also, keep in mind that the only road into Northstar is via Highway 267 and can tend to get jammed up around 8-9am and again when the lifts shut down at 4pm, especially on powder days. Consider taking the ski shuttle from Kings Beach or Truckee (or stay at the Ritz Carlton) so that you don’t have to deal with parking.

If you go early in the morning on midweek days, then you will likely have the groomers to yourself (before the crowds show up at 10-11am). Just be sure to ski outside of the holiday periods of Christmas, Martin Luther King Day weekend and President’s Day Weekend.

Cheapest Time To Ski Northstar: Owned by Vail Resorts and under the Epic Pass, Northstar offers daily lift tickets on a sliding scale so it’s better to buy them sooner or later. As of September 1, an Epic Day Pass was $106 nonholiday/$125 holiday, but these rates are likely to go up after the mountain opens or the later you wait to buy.

In the heart of last season, an Epic Day Pass is likely to be around $150 and they don’t really offer any deals but sometimes you can find discounted lift tickets through the Tahoe SAFE Alliance or the Sierra Avalanche Center usually offered after the holidays. However, these are hard to get so if you plan on skiing at least six days a season then it’s best to just buy a season pass and get access to Heavenly and Kirkwood in South Lake Tahoe as well.

Lodging at Northstar can run a bit more than at other Tahoe resorts, as it's aimed toward a well-heeled crowd. But a lot of the lodging, especially the new stuff, is quite nice fun to stay at. We recommend aiming for the hole between MLK and President's Day for the best rates.

Best Time To Fly To Northstar: The closest and cheapest airport to fly in and out of is the Reno/Tahoe International Airport located in the heart of downtown Reno. It’s 41 miles northeast of Northstar and this good-sized airport has several daily flights offered by all major airlines in the U.S. However, Southwest Airlines is probably one of the most popular airlines to use as it’s known for its friendly service, consistency, and $69 one-way flights. In the 2019-20 winter season, it’s possible to find these $69 flights on Tuesdays and Wednesdays in December plus Saturdays in January and February.

Best Time To Ski Northstar For Snow: A few years ago, Northstar invested quite a bit of money in its snowmaking and usually uses it to try to get open by the Thanksgiving holiday in late November when the temperatures at night drop below freezing. The real winter storms tend to start rolling in anytime between late December and mid-January, when Northstar has a decent manmade snow base. The most consistent snow- or when most of its runs are likely to be covered- can be found mid-January through the end of February.

Northstar's low base elevation of 6,300 feet means the snow here doesn't always persevere well into April. So if you can get there earlier in the season, you'll tend to stand a better chance of consistently finding chalky stuff.

vs
At Northstar, VRBO offers same properties as Airbnb, usually with better cancellation flexibility for skiers 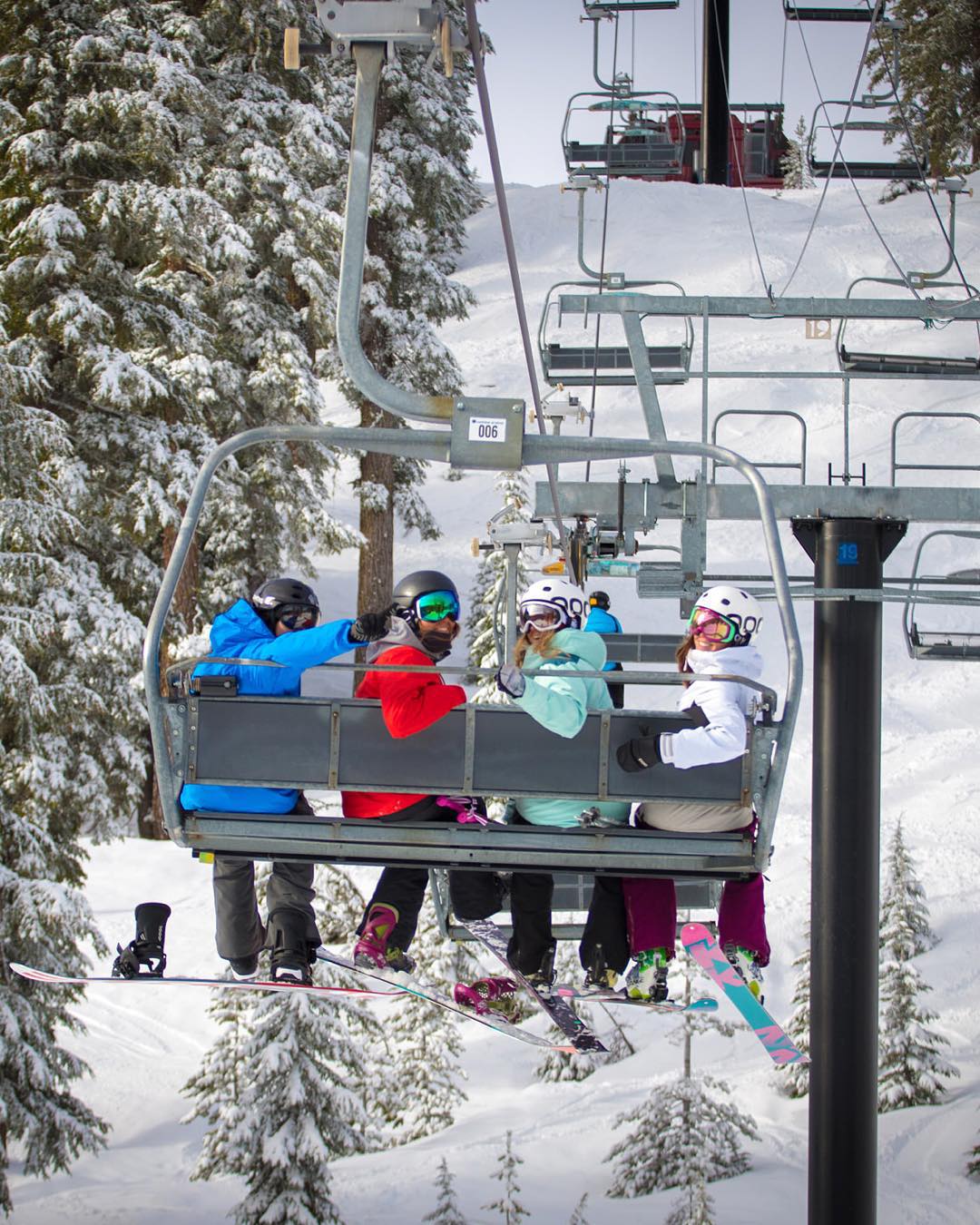 Chair lifts with friends is what it's all about! ❄️❄️❄️ #WinterIsComing #Northstar #LakeTahoe Get your #EpicPass now for the guaranteed lowest rate! 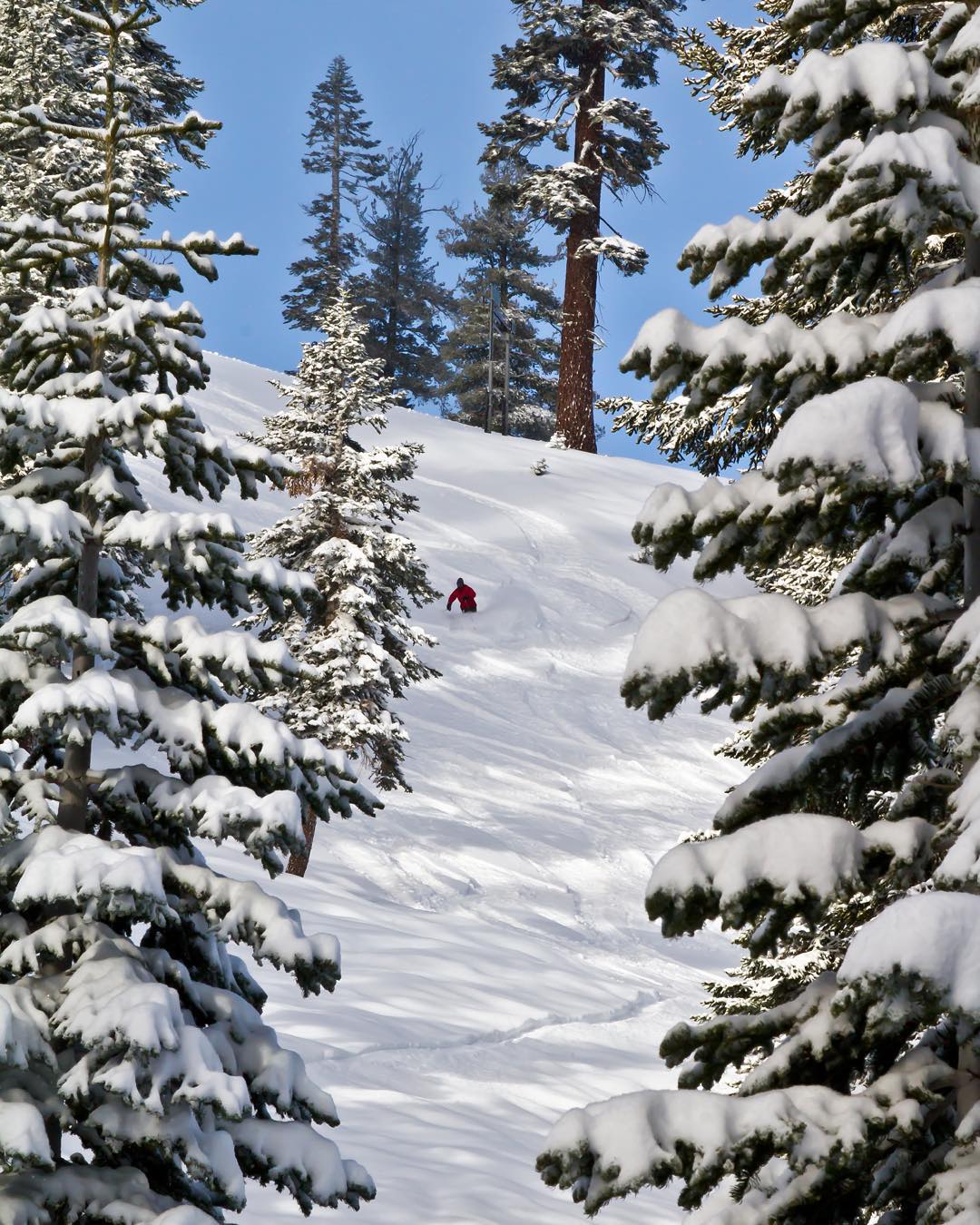 #TBT Who's ready for some of this? #WinterIsComing Purchase your 2015/16 season pass by October 11th for the guaranteed lowest rate. 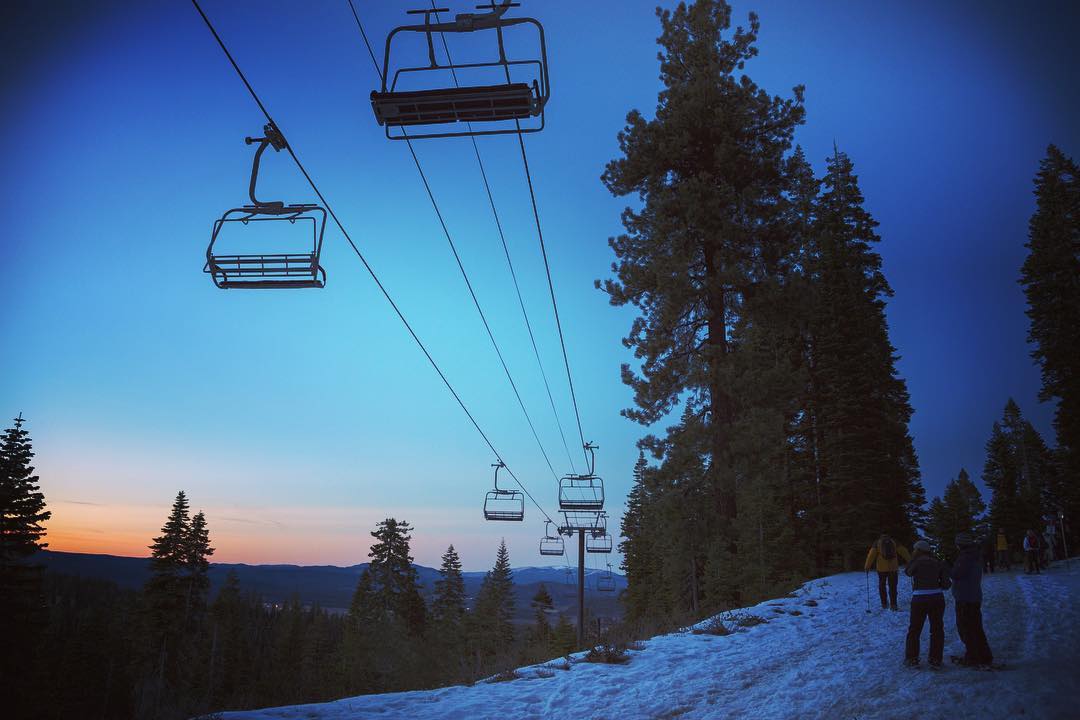 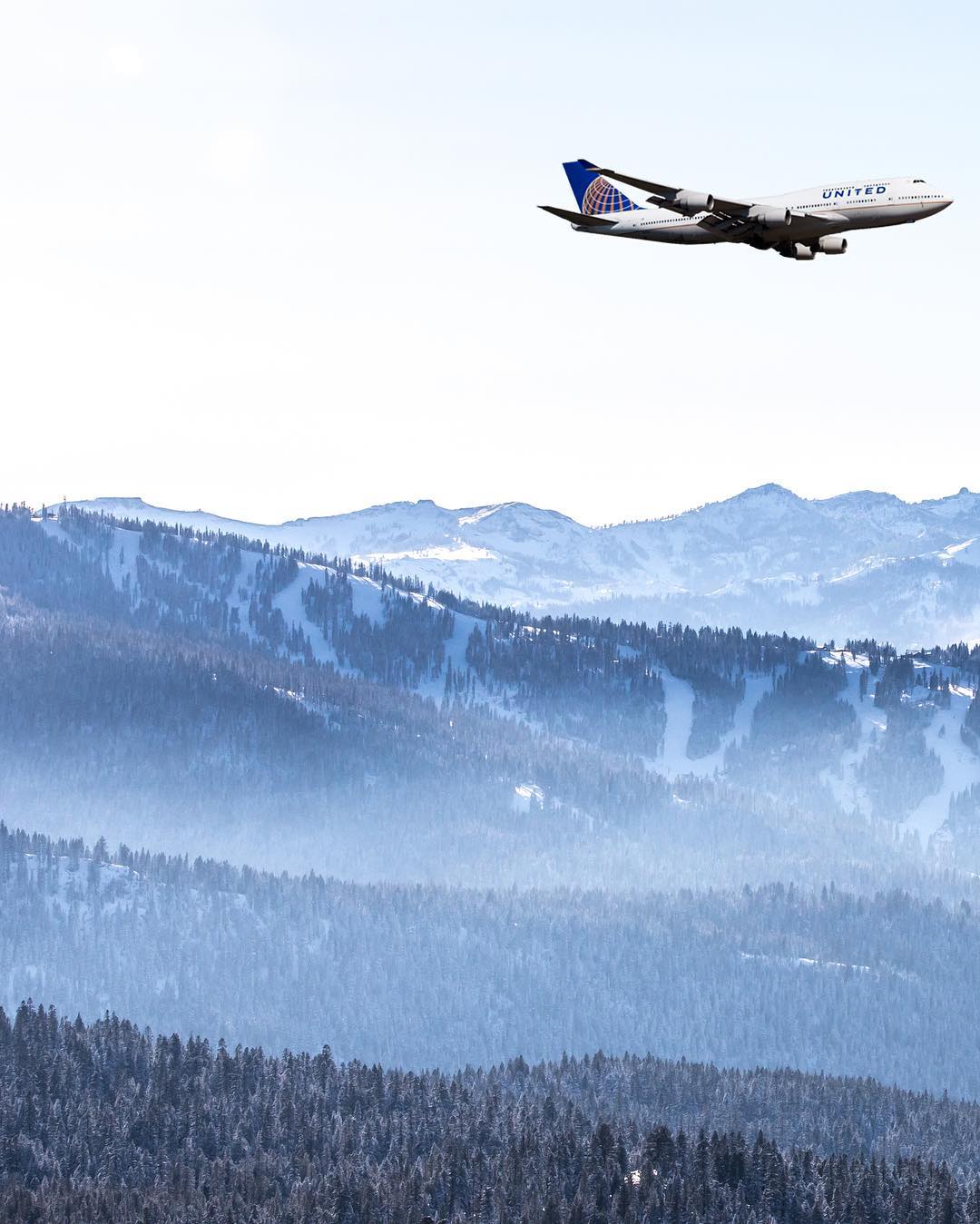 How does taking a morning flight into Reno-Tahoe International Airport and being on the slopes within an hour sound? Pretty amazing right? What's even better is our partnership with @SkiLakeTahoeCA that allows travelers to turn in their boarding pass for a complementary same day lift ticket at #Northstar! See link in bio for more info. | #Tahoe #Truckee #California #SkiLakeTahoe #RenoTahoe #Ski #Snowboard #Snow 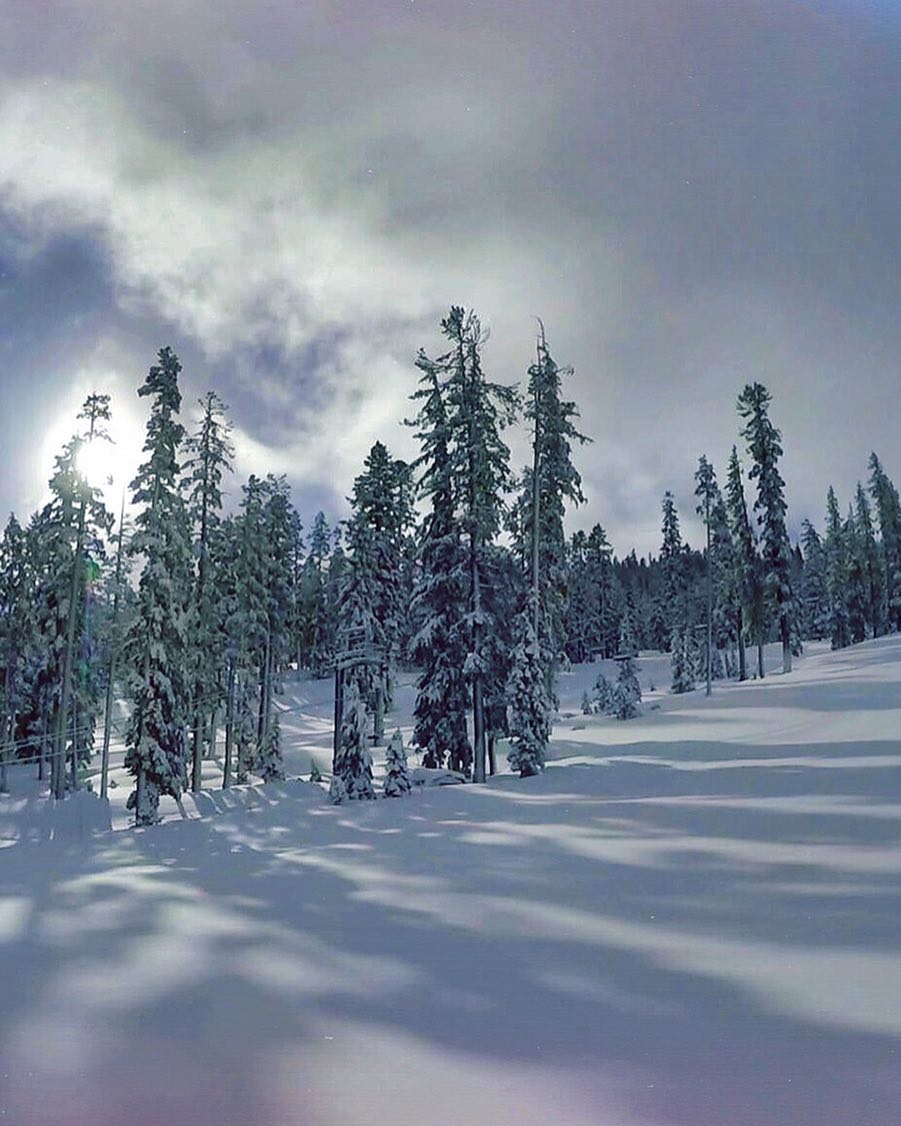 Pow Alert - Another 10" overnight at The Summit! Who's getting out today? | #PowDay #MondayBlues #Snow #Winter #Truckee #California #Tahoe #SkiLakeTahoe 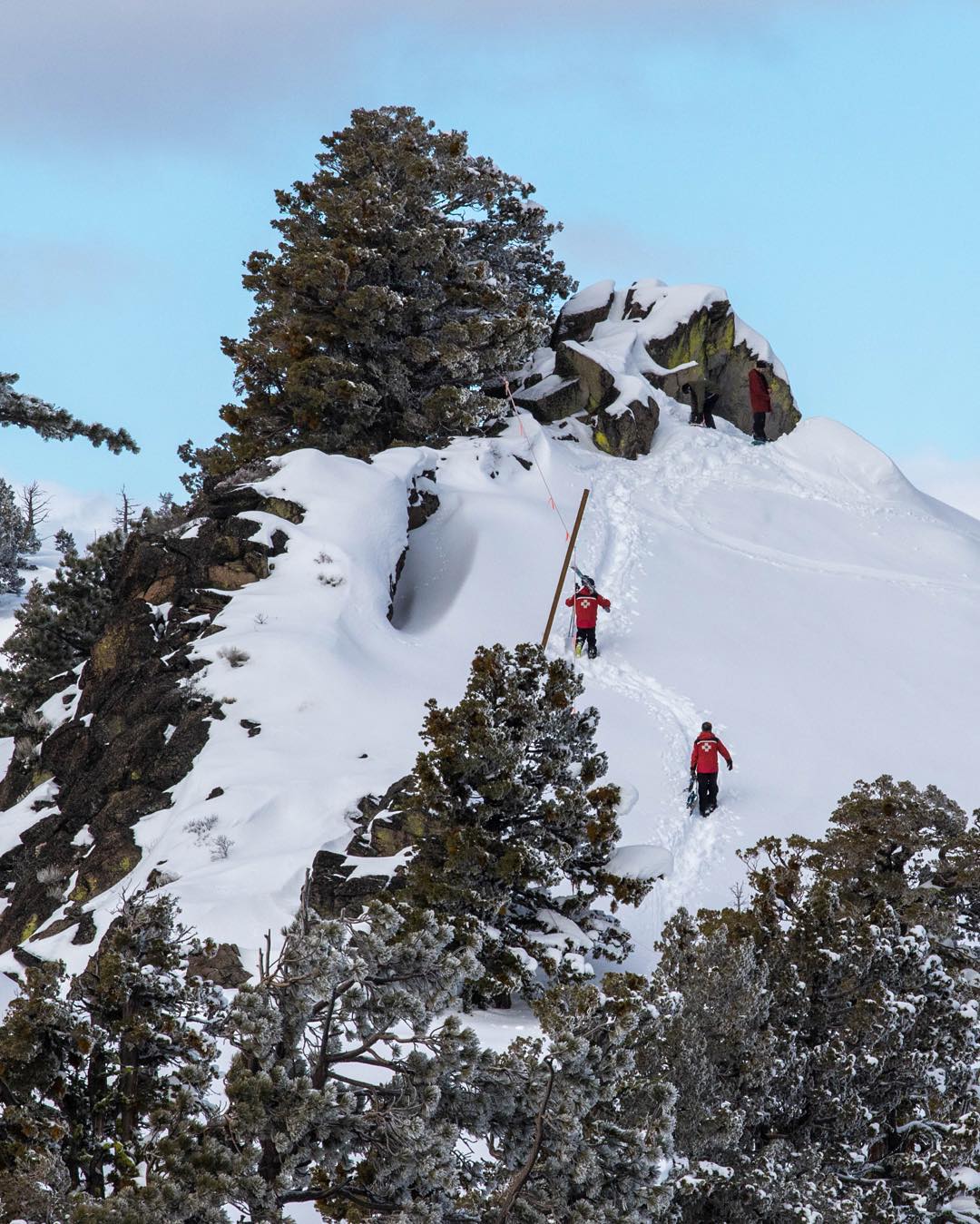 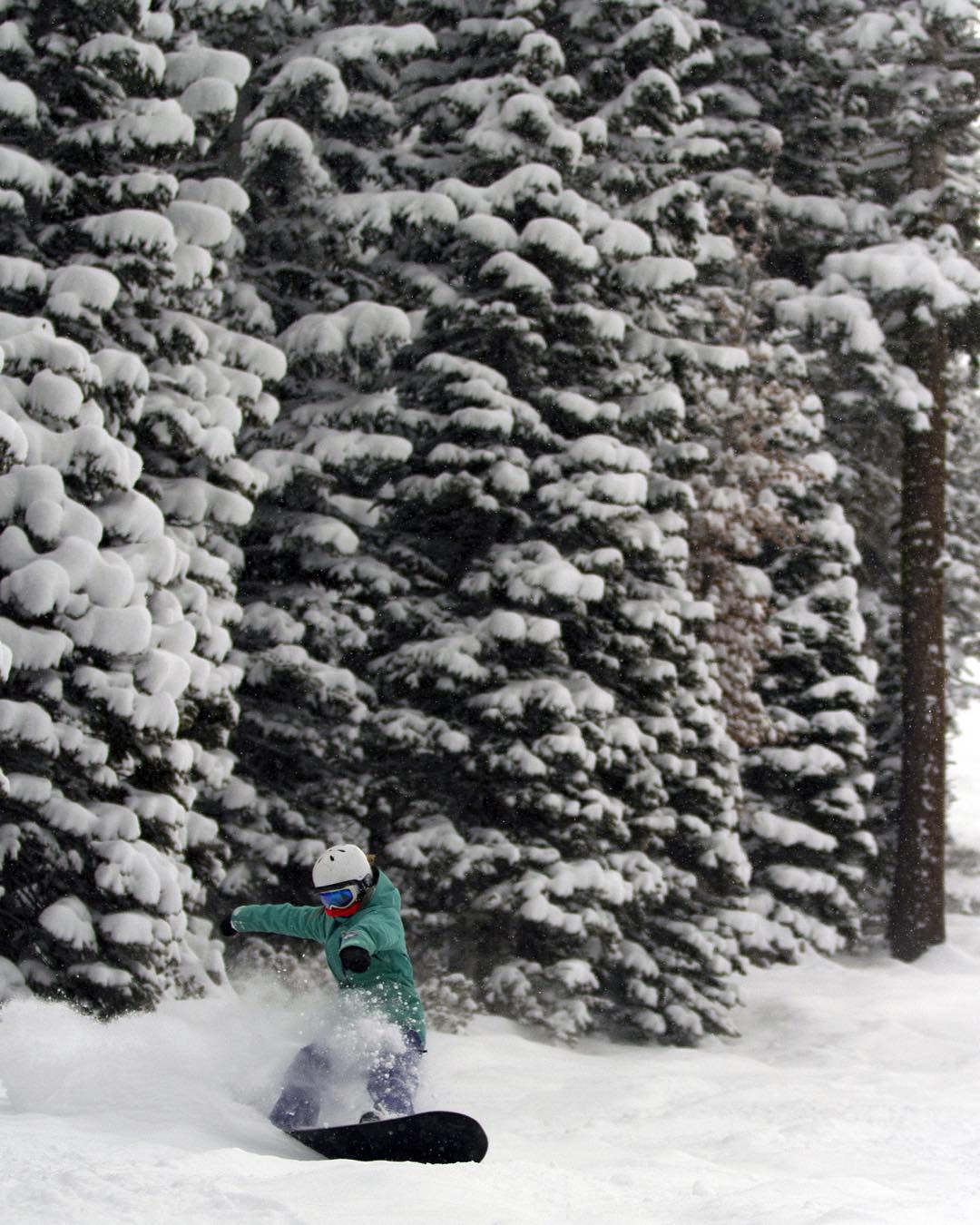 We can't wait for days like this ❄️ #WinterIsComing #Northstar Purchase your season pass before October 11th for the guaranteed lowest rate. 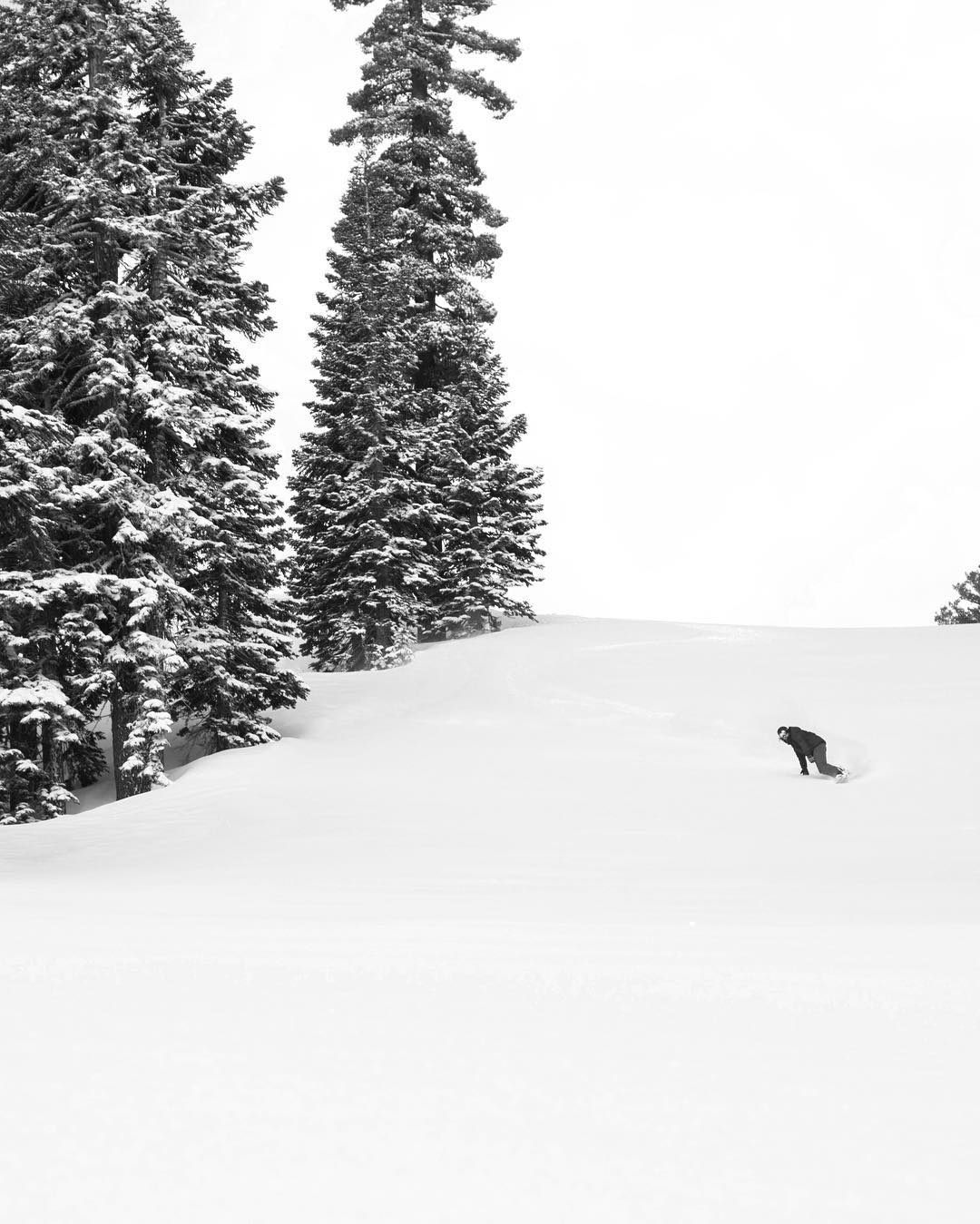 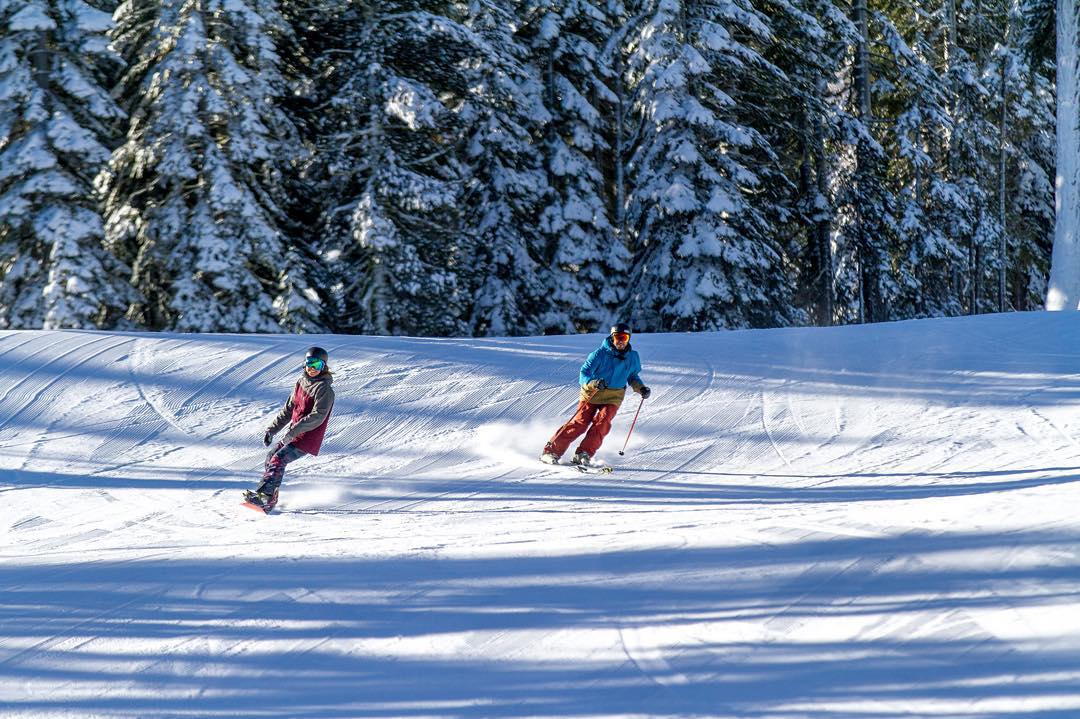 Cast your vote on @powdermagazine Ski Town Throwdown IV to get #Truckee into the Final-4! #WinterIsComing #LakeTahoe Powder.com/ski-town-throwdown-iiii 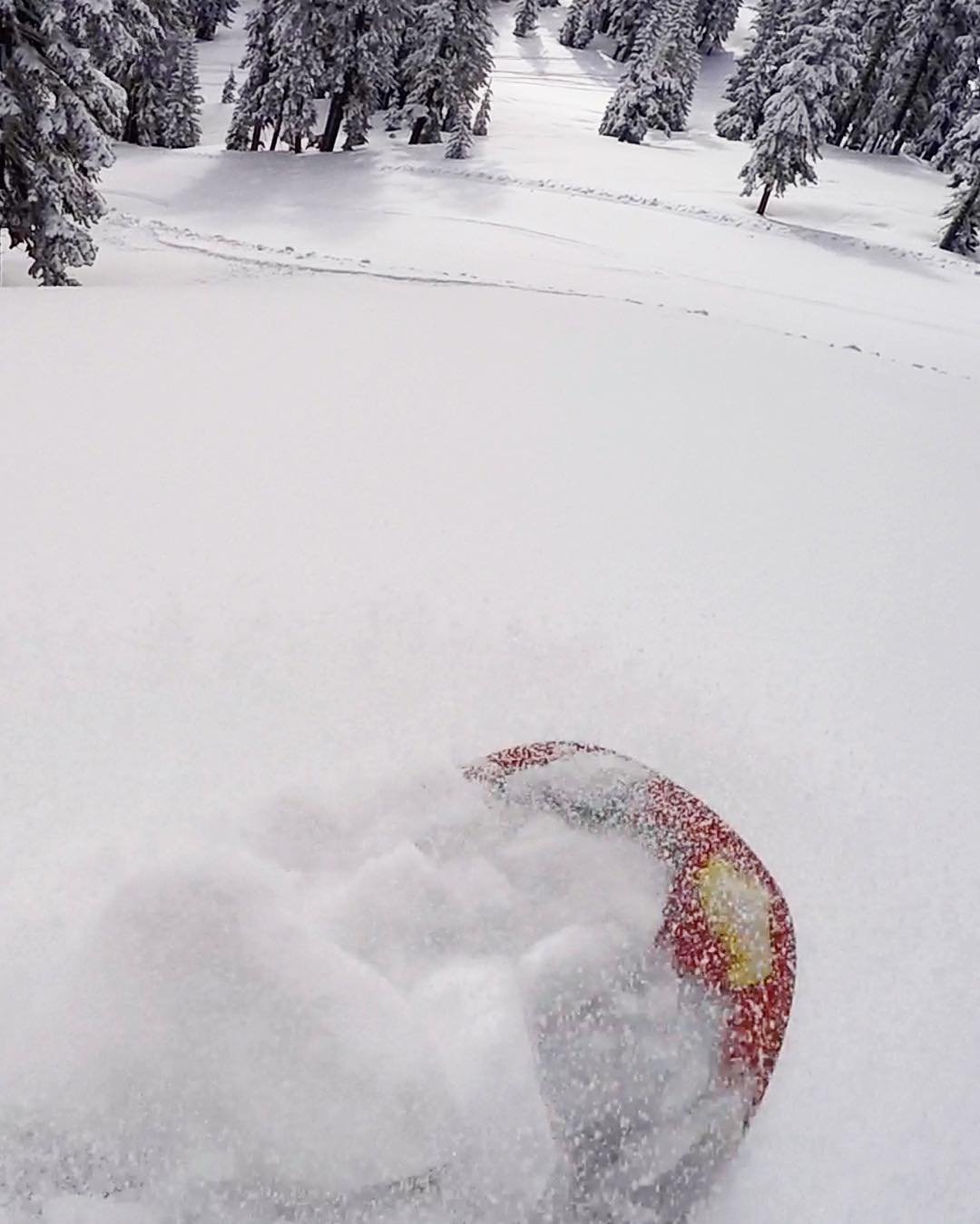 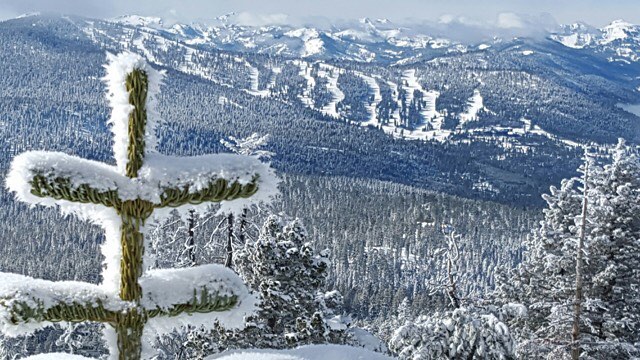 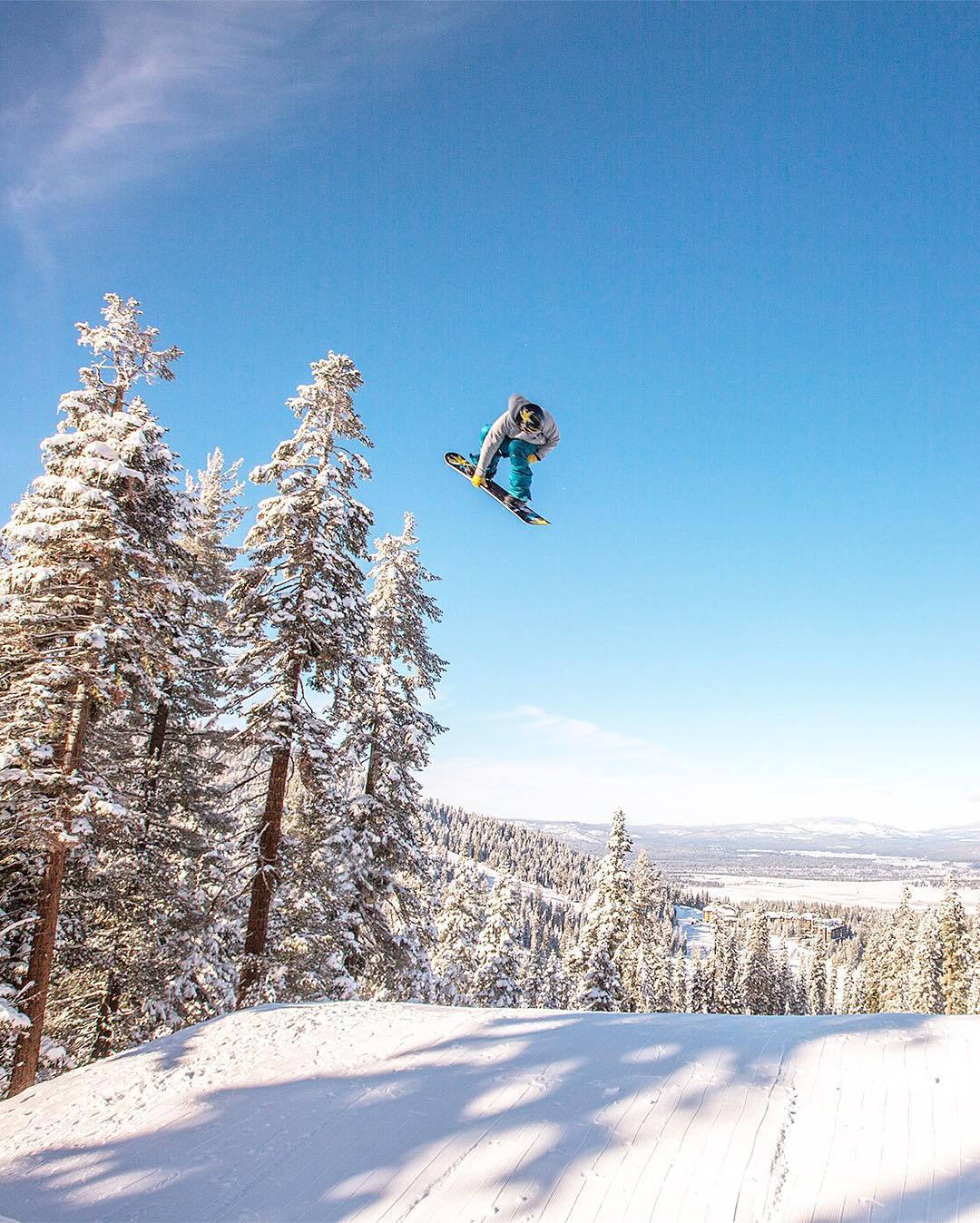